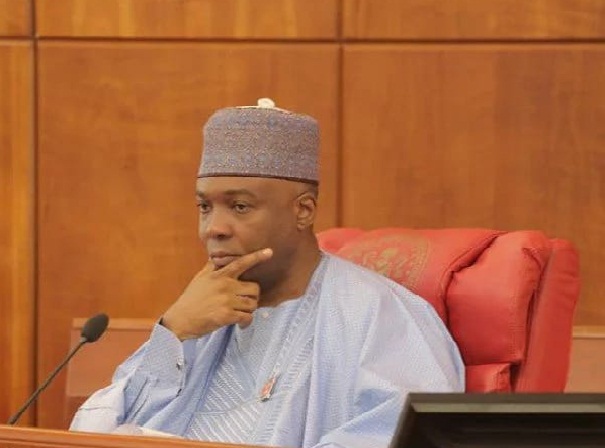 The Department of State Security (DSS) has cleared the President of the Senate Dr. Bukola Saraki of ownership of N310 million alleged to have been stolen from his house.

This will be the second time the security agency would be clearing Saraki of owning the money reportedly stolen by operatives of the service now standing trial.

According to reports in Vanguard newspaper, the DSS stated in clear terms that the cash did not belong to Saraki or any member of the National Assembly.

The DSS rather accused its dismissed staff,  Abdulrasheed Maigari, who is now standing trial for armed robbery, of trying to fabricate a lie for a hidden motive.

Maigari, a former DSS operative, had said that he and others connived to steal the huge cash from the Senate President’s home when they were working as security operatives in his house.

Earlier today, the media office of the President of the Senate Dr. Bukola Saraki  denied for the second time, reports alleging that N310 million was stolen from the house of the Senate’s President.

In a stament signed by Sanni Onogu, Chief Press Secretary to Saraki, he said that the reports which had been proven false by the Police and DSS were resurfacing again.

According to the statement, the report which first surfaced in December 2015 was  the handiwork of those who only wanted to rub the name of the President of the Senate in the mud.

Onogu therefore urged Nigerians to disregard the report wherever it is published as it is untrue.