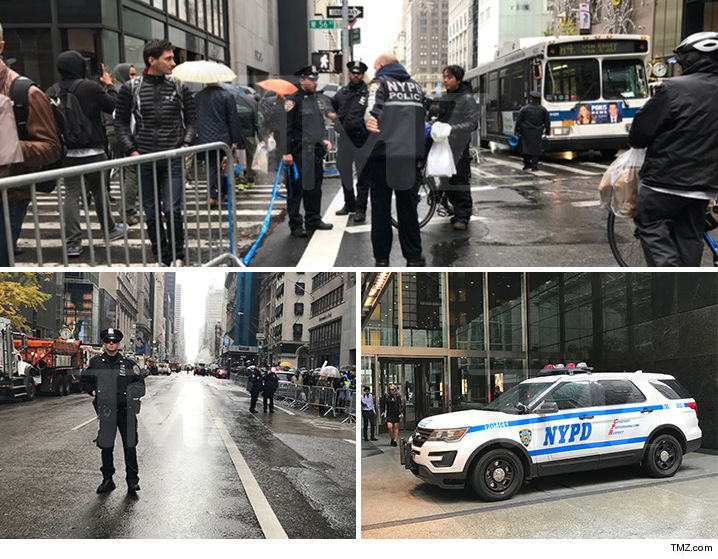 US President elect, Donald Trump, is already being shielded as if he was in office, and will remain so until he gets sworn in on Jan. 20.

TMZ reports that, Secret Service agents have been assigned to watch over Trump inside of Trump Tower in NYC, and cops are standing guard all around outside as well. We’re told anyone going in and out of the building is being screened to keep the President-elect safe.

More than 30 NYPD officers are on high alert around the perimeter of the building, with police barricades and dump trucks taking over the entire block of 56th/57th streets off of 5th Ave … completely closing off access to the public.

We’re told only folks who work on those blocks are being allowed on the tower side of the street — after protesters came over in droves, reacting to Trump’s victory early Wednesday morning.