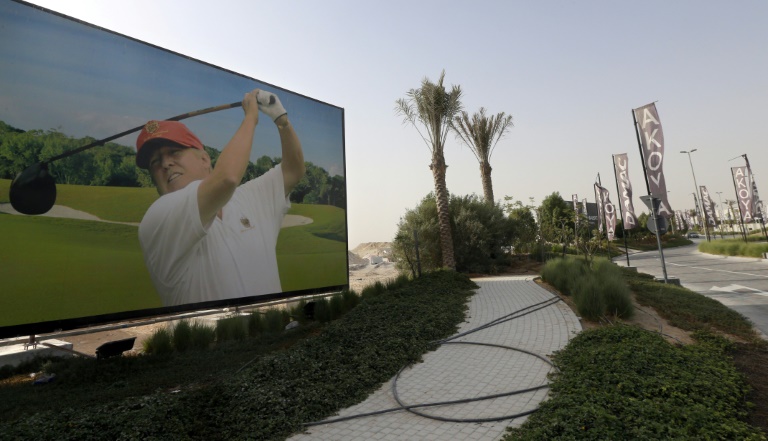 Fireworks crackled above the golf course late Saturday, as inside the club the Trump brothers posed for selfies with guests.

“We’re gonna have a lot of fun years together,” Eric Trump told DAMAC chairman Hussain Sajwani during the speeches.

Trump’s sons then left, as they had arrived, in a fleet of four-wheel-drives and diplomatic vehicles under police escort.

The venue was carpeted in red for the opening, with a maquette of the sprawling green, spa and club facilities at the entrance.

“We have brought Beverly Hills right to your doorstep,” said a promotional video.

Guests wearing traditional dress, including white gandouras and black abayas, mingled with others in suits and fur wraps.

While the deal predates Trump’s 2016 election, the golf club’s opening coincides with controversy over the policies and politics of the tycoon president, and potential conflicts of interest.

The correlation between wealth and politics is nothing new, and American presidents are not required by law to give up their investments or businesses.