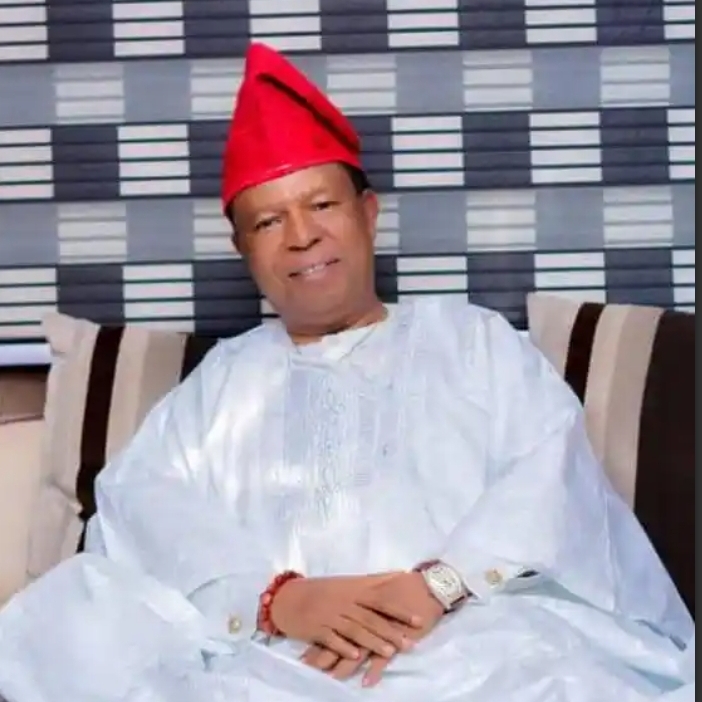 As citizens of Nigeria we are all guided by three judicable documents viz:

i) the constitution of the Federal republic of Nigeria.

iii) the political parties constitutions and

iv) others are clubs, associations, communities and villages constitutions.

All the above documents are binding on all willing participants except the Constitution of the federal republic of Nigeria which binds every citizen and residents of Nigeria, willingly or unwillingly.

Infractions of the constitution of the federal republic of Nigeria has consequential effects on all citizens and those residing in Nigeria.

The Elecoral law/INEC guidelines is also a very important document which must be obeyed but has less binding influence on the citizens except those seeking political offices/power and those seeking to exercise their fundermental human rights or franchise. Outside these two, no other document binds unwilling participants in a democratic Nigeria.

This discuss is totally dispassionate, apolitical, impassive and unsentimental, but morally germane to the so called ‘Okowa betrayal of South of Nigeria’.

Okowa as the Governor of Delta State belong to a political party, the PDP.

Yes, he participated in the meeting of the Southern governors where a decision was taken that the president of Nigeria must come from the South. A very genuine, morally justifiable, sanguinely articulate and socially splendid decision.

This move or decision should be applauded by all patriotic Nigerians, especially for the peace and unity of the country at this period of huge social dislocations, but unfortunately, and very sad at that, this historic decision is not constitutionally or electorally enforceable without the political parties stout involvement. The question is, did the political parties whose governors attended the historic meeting obey that decision at their delegates elections? The two major parties, PDP and APC did not adhere to that Lagos decision. In the primaries of the PDP and the APC the contestants were from both North and South of Nigeria, and dollar power, rather than popularity, morality, state of physical and mental health and competence elected their presidential candidates.

Another question the critics need to answer is, now that Okowa’s party, the PDP has elected a Northern candidate, should Okowa resign from PDP or politics because the decision taken by the Southern governors was thwarted by most of the political parties, including the governors themselves. The Southern governors could not come out with a single candidate.

Having agreed that the south should produce the president they should have summoned the courage to present or support one person for the position, or at most two persons, one each for the two big parties, PDP and APC. Instead they all want to be president. Take count of those that bought form from the South South alone:

Similar numbers bought forms from South East and South West. The governors failed to form a formidable front to secure the spirit and letter of the celebrated agreement. They also failed to present or support a common presidential candidate. Whereas the North succeeded in fielding inventive Atiku, Tambuwal stepping down for him at the dying minute. The outcome of the primaries is bound by the supreme documents, the Constitution of the federal republic of Nigeria and the electoral law.

Do those critiques want Okowa to be dancing round the country like Wike, fighting an outcome of a political exercise that is constitutionally sacrosanct? As a Nigerian, and a loyal party man, he is bound by the outcome of that primary that produced Atiku.

Okowa or Wike or Buhari or any Nigerian can not change that electoral outcome, except the electorate at the general election.

If then, the elected Atiku decides to make Okowa, a loyal party man his Vice, and he accepts, what is the betrayal here? Atiku must pick his vice from southern part of Nigeria.

Conversely, Okowa is a politician, from the south, eminently qualified and without any constitutional encumbrances, could not by his acceptance to Vice a presidential candidate, that was constitutionally and legally elected from the North, be a betrayal of the Southern Nigeria. The real betrayers are the Southern delegates who were mesmerized by the dollar rains and forgot their moral duties to the Southern people. Let’s ask ourselves if Atiku had picked Wike, will there be this G5, the dancing and talk of a Southern agreement or betrayal?

(THE ARENA) DELTA 2023 and Intra-Delta Central Equity
(THE ARENA) OPINION: No To BAND, No To EDGE, No To Omo-Agege
Advertisement