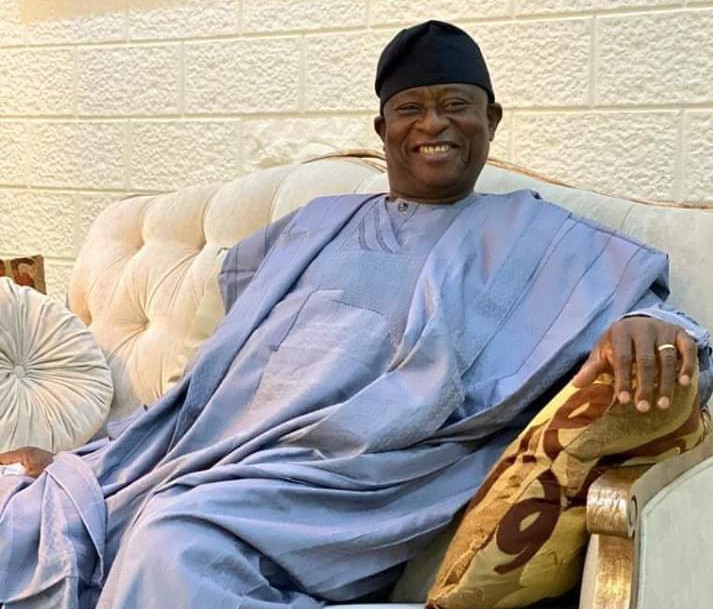 …Says Blackmailers Should Go To Court, Not Social Media.

Leading 2023 governorship aspirant in Delta State, Olorogun Barr. Kenneth Gbagi, is being crucified in public for just being a shrewd businessman and politician who cannot be controlled and used, an activist, Zik Gbemre, has said.

According to Gbemre, “Dishonesty has become a culture and norm amongst Nigerian employees, which has ruined many businesses in Nigeria.

“For a matter that is in the law court, those peddling stories about the person of Gbagi should focus on their case and not on social media platforms. Gbagi remains the best People Democratic Party (PDP), governorship contender amongst the pack of PDP aspirants”, he said, pointing out that his support for Gbagi is strictly based on his personal principles.

He opined that the tough character of Gbagi, has attracted the attacks as he could not be controlled and manipulated by any political cabal in the state.

“Gbagi is one who is not answerable to any godfather, or be used as a stooge to satisfy some selfish interests of those bent on having the state within their grabs. And most importantly, Gbagi is not James Ibori’s loyalist, and he is seen as a hard nut to crack within the Delta state political space.

“It is for these reasons and more that I am seeing the conspiracies against Kenneth Gbagi, which some Delta state governorship aspirants have resorted to use his hotel workers to dent his public image,” the activist asserted.

While noting that the man in the centre of the whole episode may not be perfect and bound to make mistakes every now and then, arising from the human nature, Gbemre said: “Most of the stories being peddled around about the person of Kenneth Gbagi are simply falsehood.”

“There was a time a rumour that Gbagi rears lions in one of his residences was spread by commercial motorcyclists, who were used by politicians then. Till now, people still believe he has lions in his homes, both in the urban cities and his home town of Oginibo in Ughelli south local government area of Delta. That Gbagi lives with cageless Lions and I bet, there will be more spurious allegations against Gbagi as the 2023 elections are drawing near.

“It is without a doubt that Kenneth Gbagi is a shrewd business man. According to Amos Nyevwen Okpobe, a grassroots advocate for good governance: ‘There are just too many thieves in the Nigerian society, and when they are not allowed to have their ways, the next thing is to blackmail an innocent man,” he added.

While expressing concern over the worrisome attempt to drag Gbagi into the mud by all means by desperate politicians and the cronies, he submitted that the aspiration of Gbagi, to become governor of the state has become a threat to their own ambition.

Hear him: “What I am even more worried about is why is all this coming up at this particular time? I can only draw one logical conclusion; this is the handiwork of some bad politicians who want to get elected into office by all means. And now that they see Kenneth Gbagi as a threat to their ambition, what is left is to spoil his reputation.”

“I respect Kenneth Gbagi, for providing business infrastructure and businesses that will employ young Nigerians. But he is also a shrewd business man who does not play with his business, so as not to allow it collapse. If the man is not tough, they would have ruined all his businesses.

“Among the Delta state PDP governorship aspirants, Gbagi is the only person that has legitimate personal businesses. 98 percent of politicians in Delta state feed and rely on public funds to live their life of splendor. How do we run a state and country like this?

“So, in my opinion, the young ladies and the young man in the Arise TV video being circulated are just being used by politicians, who have never owned any businesses of their own since they were born, to try and tarnish the public image of Gbagi. They want to regroup and find their way into Government House to loot more.

“Again, since the matter is already in the court, then why going to the social media with the same stories? Why can’t they pursue their case in the court? They know they have no case, hence they are running from one media house to another to spread their stories on the social media for blackmail. There are just too many thieves in Nigeria.

“Speaking of the allegations being peddled against Kenneth Gbagi to tarnish his image, why are the Gbagi hotel workers going to the social media with these stories, rather than pursue their case in the law courts? From the stories and videos being circulated, they accepted that they were tipped, and they took the money through dubious means from apparently dubious persons concerned, particularly from WhatsApp they said in the Arise TV interview video shared online. No matter what, they should not have accepted such money from hotel guests through their personal accounts. That is not business ethics. There is so much to this story that they are now telling the public.

“More so, people can do practically anything these days because of money, including shedding tears on TV video which they share online. The sad thing is that majority of the people are just gullible and they accept things from face value without asking relevant questions and looking at things critically with open mind.

“In case you are wondering why I am writing this, I have not taken a dime from any politician and they know this fact. I support Gbagi based on my personal principles amongst all of them in PDP. And no matter how they paint him bad, Gbagi is still the best PDP Delta state governorship aspirant as far as I am concerned. I have carefully studied all the PDP governorship aspirants. I don’t believe in pretence.

“This is just my opinion on those politicians ganging up against a hard working man like Gbagi. The only fault of Kenneth Gbagi is that he doesn’t pretend one bit. He will tell you bluntly how it is without hiding his mind. Gbagi is also open and generous to a fault. Those doing all of this are simply scared of Gbagi because you can’t control him. This is my take”, Zik Gbemre declared.