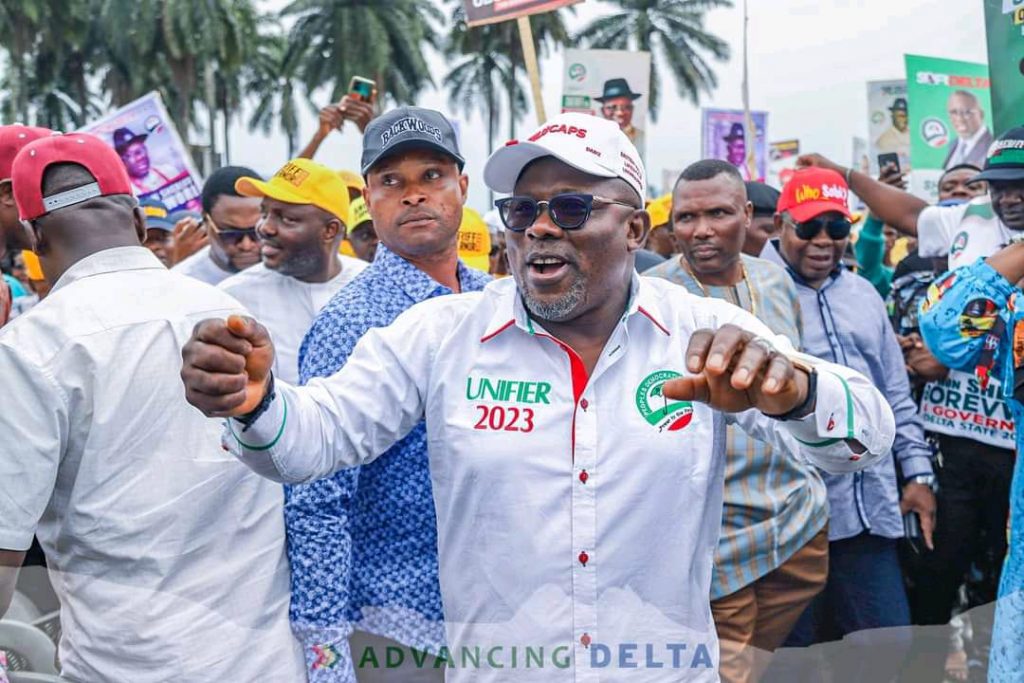 Sheriff Oborevwori at the Grand Finale Consultation Visit at his Okpe Local Government Area on April 24, 2022

Mr John Ewhubare Siakpere who stated this on Sunday, April 24th, 2022, in Orerokpe, Headquarters of Okpe Local Government Area of Delta State at the grand finale of the state widespread consultation visits by the Speaker, described the Governorship aspirant as a developer and if given the opportunity to govern Delta State will give Deltans the best like the current Governor, Senator Dr Ifeanyi Okowa is doing.

Mr Siakpere who spoke through the Chairman of the Support Team, Mr Donald Akpojohare said that the Speaker who is also the National Deputy Chairman of the Conference of Speakers of State Legislatures of Nigeria has been accepted one hundred percent by the people, describing his state wide consultation visits as overwhelming and intimidating. 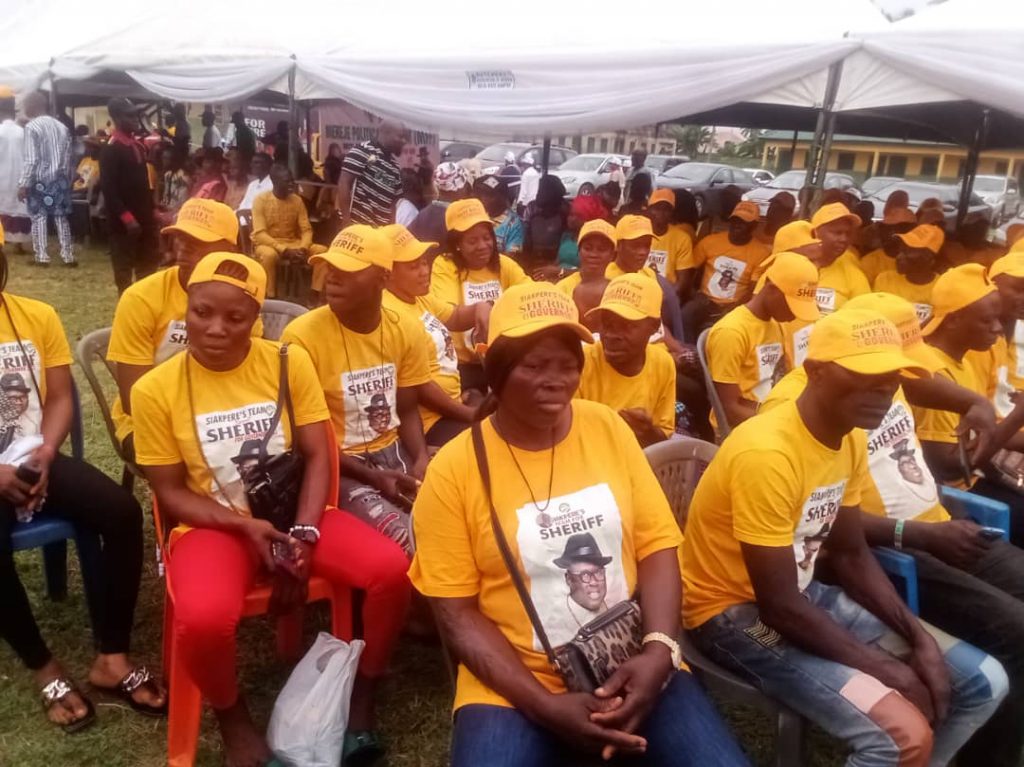 “The acceptance of the Speaker of the Delta State House of Assembly, Rt Hon Sheriff Oborevwori for the Governorship position in the State is one Hundred percent. He is accepted by the people, he is a grassroot man, the people are in love with him as you can see from the environment that we should not contest it, other political parties are wasting their time and they should join the team to move Delta forward”, he stated.

Adding that; “The aim of Siakpere Team Support for Rt Hon Sheriff Oborevwori is to make sure that we are deeply involved in grassroot mobilization for the Governorship aspirant, Rt Hon Sheriff Oborevwori who is a grassroot man. He is a community developer, a man full of capacity. He will do well and give us the best like Senator Dr Ifeanyi Okowa, the Governor of the State and we are really satisfied with him and that is why we are here today with many of our members to pledge our loyalty and do the right thing and even in the main elections, we will go there and give him the needed support and all the votes”.

He added that; “The arena here in Orerokpe is like a carnival as you can see for yourself. It is not our own making, but Almighty God did it and we give Glory to God for what He has done for today even the weather, you can see that the presence of God is working”. 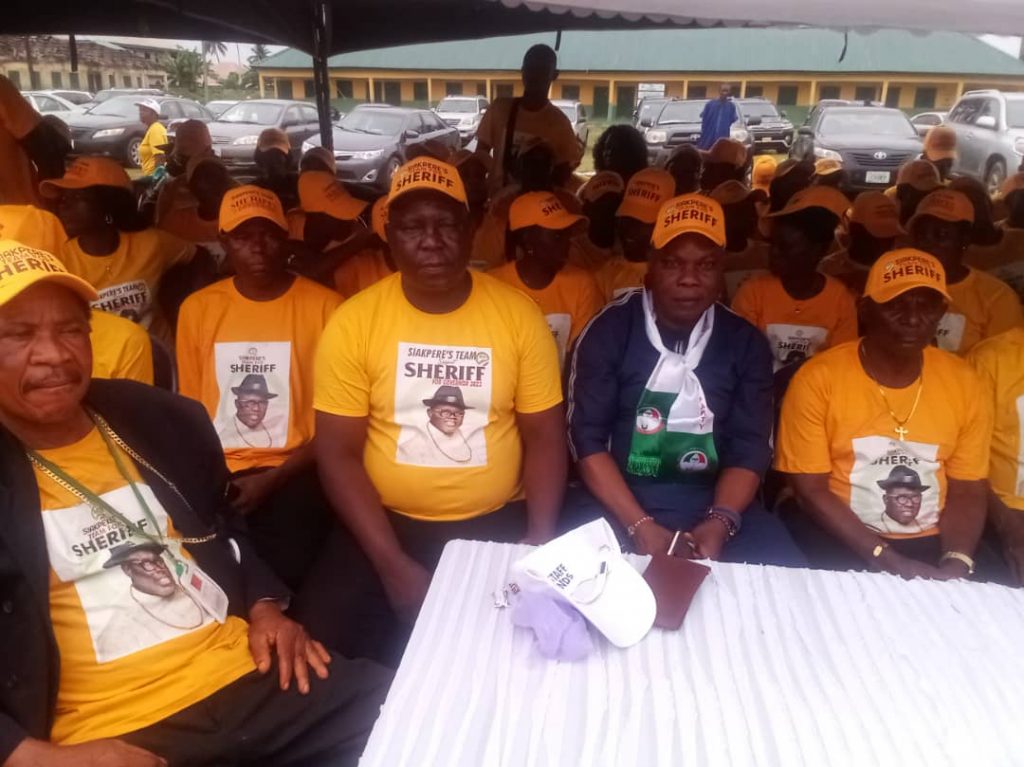 At the Okpe rally, the group was heavily present with all of its members adorning Yellow T-shirts with inscriptions expressing support for the Delta State foremost Governorship aspirant, Rt Hon Sheriff Oborevwori.

The members of the Siakpere Support Team who stole the show at the Consultation ground, mounted colourful billboards all over the arena just as they carried placards of different inscriptions, soliciting massive support for Rt Hon Sheriff Oborevwori in the PDP primary election by the delegates in the 25 local government areas of the state.