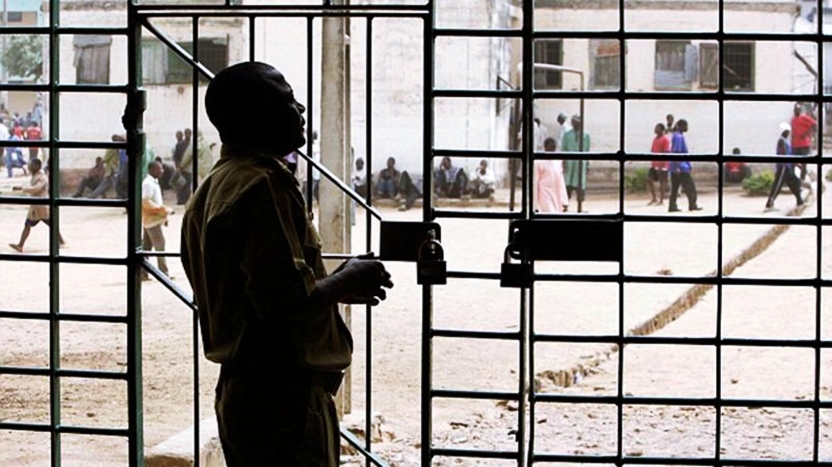 In a bid to decongest Prisons across Delta State and review some trial cases, the State Chief Judge, Justice Marshal Umukoro on Wednesday, November 15, 2017 secured the release of 26 inmates awaiting trial in the Agbor Prison.

Most of the inmates whose ages range from 19 to 30 years old were released on the grounds of ill health, want of diligent prosecution, inordinate long detention in prison custody and on the advice of the Director of Public Prosecution that some of them have no case to answer.

The Chief Judge who granted the release of the 26 inmates out of the 397 cases reviewed stated that the exercise was not meant to throw the gates of prisons open to accused persons awaiting trial for various criminal offences but to ascertain the validity of their detention, ability to withstand trial and whether their cases were going on progressively.

While commending some members of the lower Bench (Magistrates) for their hardwork, diligence and dexterity in handling matters brought before them, Justice Umukoro however decried obvious lack of seriousness exhibited by some, saying that since they were the ones to inherit the institution of justice at the higher Bench they needed to be more serious and prove their mettle.

The Assistant Controller of Agbor Prison, Emmanuel Ozili, commended the State Chief Judge for religiously performing his constitutional obligation of yearly paying visit to Prisons in the State since his assumption of office and appealed to the Chief Judge to direct Judges and Magistrates to give priority to custody cases early to enable them return inmates to prison yard on time for security reasons.

Hobore Philip, 22 ,and Ogorume Samuel 21 years old who were among those released said in an interview that they were innocent of the allegations preferred against them, and thanked God and the Chief Judge for exonerating them at last, promising to turn their lives to God.

One of the pathetic incidents that manifested during the exercise was that of one Daniel Ikpi Egu who claimed to be a medical doctor who was arraigned before the Obiaruku Magistrate Court 11 for stealing a motorcycle.

However, answering questions from the Chief Judge, Dr Daniel Egu who hails from Cross River State averred that he was inducted as a medical doctor in 2012 and employed by his State Government but was sacked in 2013 alongside 3,000 doctors for embarking on strike.

According to him, he relocated to Port-Harcourt for private practice but said after experiencing a kidnap incidence he traveled to Abraka where he was arrested on allegation of motorcycle theft.