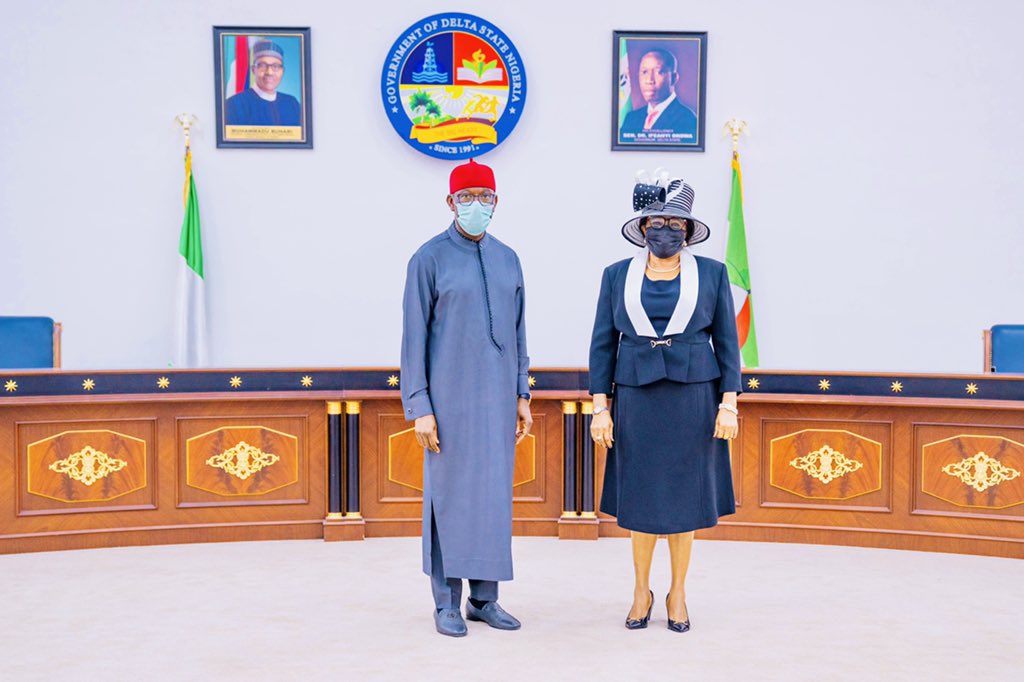 Delta Governor, Senator Ifeanyi Okowa, has said his administration had taken steps to improve access to justice in the state with the creation of more courts and judicial divisions.

The governor disclosed this Monday, May 24, 2021, in Asaba at the swearing-in of Justice Theresa Diai as Acting Chief Judge of the state.

Justice Diai assumed office following the retirement of Justice Marshal Umukoro as Chief Judge on May 24, 2021.

Okowa commended Justice Umukoro for the exemplary leadership he displayed as head of the judiciary and for being a calm, level-headed Chief Judge, saying the state owed him gratitude for the excellent work he did while in service.

He said that the judiciary in Delta was already enjoying autonomy with the signing into law of the Delta State Judicial Autonomy Bill and the constitution of the relevant committees.

He said that his administration had embarked on massive renovation of courts and judges’ quarters to make them more befitting for their status. Meanwhile, the welfare of our judges continues to receive priority attention.

“Let me reiterate that this administration is determined to leave the legacy of a judiciary that we shall all be proud of. We have achieved significant milestones in our quest to bring justice closer to the people.

“These new judicial and magisterial districts have made meaningful contributions to the peace-building agenda of this administration. 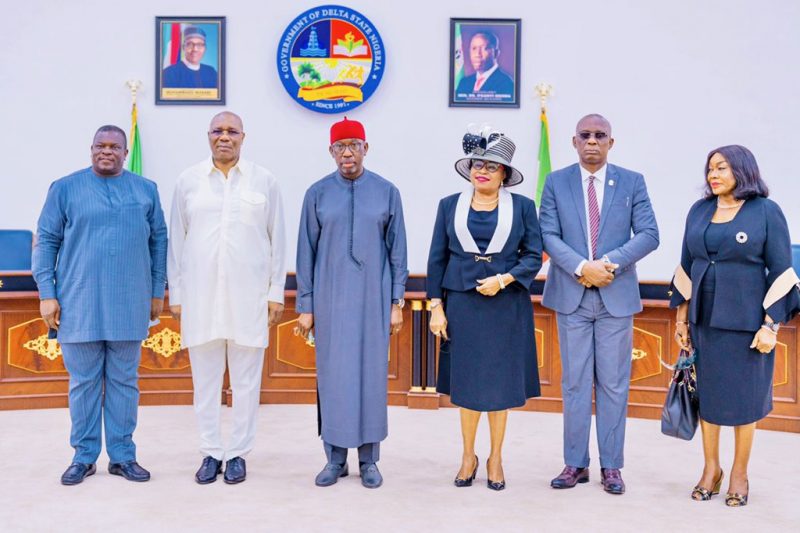 Swearing-in of new Chief Judge of the State, Justice Theresa Diai at Government House, Asaba on Monday, May 24, 2021

“Since the courts have been brought closer to the people, they can easily go there for redress instead of taking matters into their hands or resorting to jungle justice.

“We shall leave no stone unturned in our bid to continually raise the bar in enhancing the speed and quality of justice delivery,” Okowa stated.

“On behalf of the Government and good people of Delta State, I congratulate Justice Diai on her meritorious appointment subsequent to her recommendation by the National Judicial Council in accordance with Section 271 (1) of the Constitution of the Federal Republic of Nigeria, 1999 (as amended).

“Justice Diai is a thoroughbred and well-schooled in the finest tradition of jurisprudence.

“She is dedicated, hardworking, humble and candid; I am confident that she will not only preserve the legacy of her predecessor, but she will extend the frontiers of law and justice in our State.

“Only recently, she served as Chairman of the Judicial Panel of Inquiry on Okpe-Usobo Forest Reserve. I eagerly look forward to working and partnering with her in the days and months ahead,’’ he added.

He charged the Acting Chief Judge not to rest on her oars and but to ensure that she discharged her obligations faithfully and with the fear of God, without fear of, or favour to any man.

“You must stand firm and resolute in matters relating to integrity, accountability and discipline. Yours is an exalted position and the temptation to compromise can sometimes be very strong but I urge you to abide by the oath of office you just took.

“Let fairness, equity and justice be your watchwords,” the governor stated.

Responding, Justice Diai thanked the governor for the appointment and assured the people of the state of her commitment to the discharge of her duties without fear or favour.

She called for the support and cooperation of the executive and legislative arms as well as judges and other stakeholders to move the judiciary arm of government forward in the state.