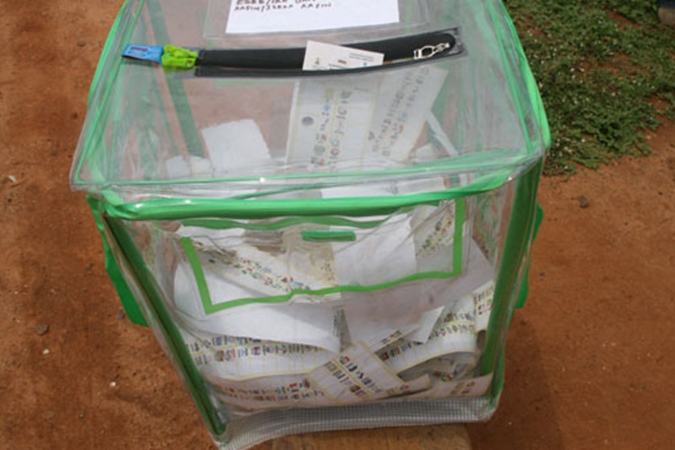 Mr Solomon Soyebi, National Commissioner of the commission in charge of publicity, made this known on Thursday in Abuja at a news conference.

He said that fixing of the dates was part of efforts by INEC to standardise and ensure certainty of timetable for general elections in the country.

Soyebi gave instances that in the US, general elections always held on the second Tuesday of November in the election year.

And, in Ghana, according to him, it is Dec. 7 of election year, while in other places like Mexico, Norway, Sweden, Costa Rica and Switzerland, the dates are also known in advance.

“In Nigeria, the Constitution provides for the elections to hold not earlier than 150 days and not later than 30 days to the end of the incumbent’s tenure.

“In order to ensure certainty in our dates for elections, and to allow proper planning by the commission, it has fixed date for national elections for the third Saturday in February of the election year.

“This will be followed by state elections two weeks later. Political parties, security agencies, candidates and all stakeholders are advised to note the dates,’’ Soyebi said.

He explained that the dates were the nearest to 100 days towards the end of the tenures of the incumbents.

He added that for states with staggered elections, the dates for their elections would also be determined by the expiration of tenures of the incumbents.

On the 23 electoral officers indicted over their roles in the Dec. 10, 2016 rerun legislative election in Rivers, Soyebi said that the officials had been charged to court.

He said that the commission had also decided to apply the provisions of INEC Terms and Conditions of Service to all those charged to court, as the alleged offences constituted gross misconduct.

“The penalty for this is interdiction. All the 23 electoral officers will be placed on half salary and will not report for duty pending the determination of their respective cases by the court,’’ he said.

The commissioner added that the commission had also decided to defer its decision on the EFCC report in which some of its staff members were indicted of misconduct during the 2015 general elections.

He said this was to enable the commission to reconcile the EFCC report with its Disciplinary Committee report on the indicted workers as some of them were already part of those charged to court on the Rivers elections.

Soyebi confirmed the receipt of applications for the registration of Advanced Peoples Democratic Party (APDP) and other 83 political associations seeking registration as political parties.

“As at the last count, the commission has received 84 applications from political associations demanding registration.

“The applications are at various levels of processes of registration,’’ he said.