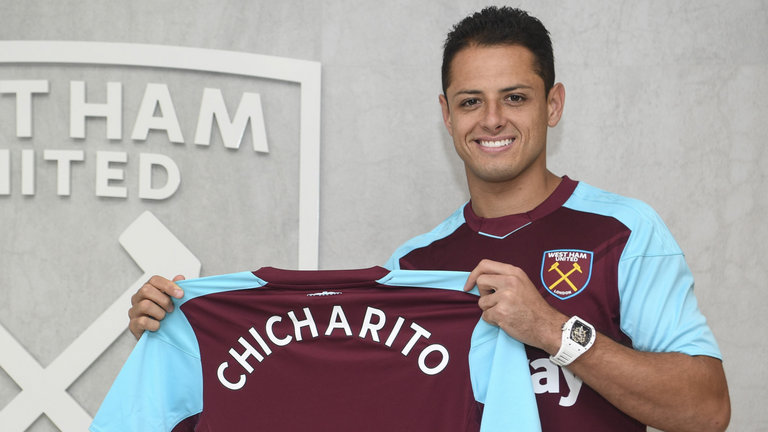 “The Premier League is the best league in the world and when the opportunity came, I was desperate to sign for this club,” he said.

He netted 39 times in 76 matches for the Bundesliga club.

“West Ham is a historic club and very ambitious,” he added.

“I’ve had three fantastic years playing in Spain and Germany, but England was really the first big chapter in my career and I am so happy to be back.”

The deal for Hernandez follows the club record signing of Marko Arnautovic, who signed a five-year deal for a fee of £20m, which could rise to £25m.

The forward, who has been capped 62 times by Austria, scored seven times in 35 games in all competitions for Stoke City last season.