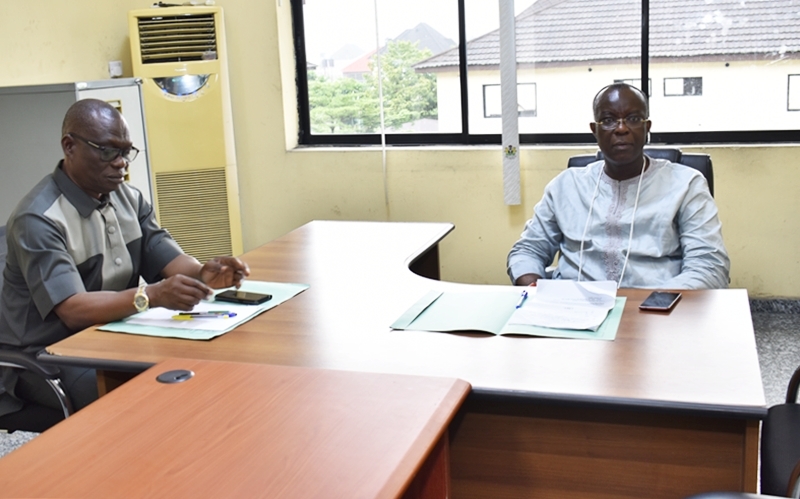 …Urge caravans, road side tankers parks to relocate before the agency comes.

Executive and members of the Warri-Uvwie and Environs Special Areas Development Agency (WUEDA) have commenced official duty with a call on residents of Warri and environs to brace up for dire measures in line with the bid to ensure holistic development of the area.

The Chairman, Dr Joseph Otumara in a chat with newsmen after the meeting said, the agency would kick off with tours around Warri, Uvwie and environs to ascertain and assess the level of depreciation to enable them map out requisite stratagem for development.

According to him, harsh penalties and measures await road side traders, and road side tanker parks as the agency would not fret in seeing to due diligence in its business.

Otumara said, “We have just mapped out what we are going to do. We will be going round to see the city and environs. We will map out roads and facilities due for rehabilitation. Markets will also be touched. Road side tankers parks will be relocated. On waste disposal, we will intervene in such a manner that will leave everyone impressed.”

The Director General WUEDA, Comrade Ovuozourie Macaulay, disclosed the agency’s resolve to clamp down on caravans as well as demolition of buildings erected on natural water ways even as the current executive is set to lay a pioneering foundation for succeeding governments.

Macaulay said the onus of the agency is ensure holistic development for Warri, Uvwie and environs in line with the vision of the State Governor, Senator Ifeanyi Okowa. “There are a lot of illegal buildings cutting across natural water ways. Such buildings must go down. We cannot protect one man’s business and let the generality of the people suffer. You cannot talk of building drainages when some people are building on water ways. So there are a lot of issues we will look at.”

He said, “Before now, there was no strong base for Warri development. All approaches were adhoc. But in the wisdom of Governor Ifeanyi Okowa, there was need to establish something that is permanent and in his words, he wants ‘a holistic’ development. Not just about drainage or roads but cutting across social services including health, environment, education and everything about Warri to be handled by one agency. Okowa wants to hold one organization responsible for what is happening to Warri and I think that is the wisdom in establishing the agency. As we all know the agency is new.”

“Since it is a pioneering agency, for the next three months it may look like nothing is been done. Because we need to do a lot of paper work and to look at the law and we also need to sensitize people. So, for those whose property are on water ways, those who own caravans as well as road side markets should start relocating to avoid inconveniences.” Macaulay stated.