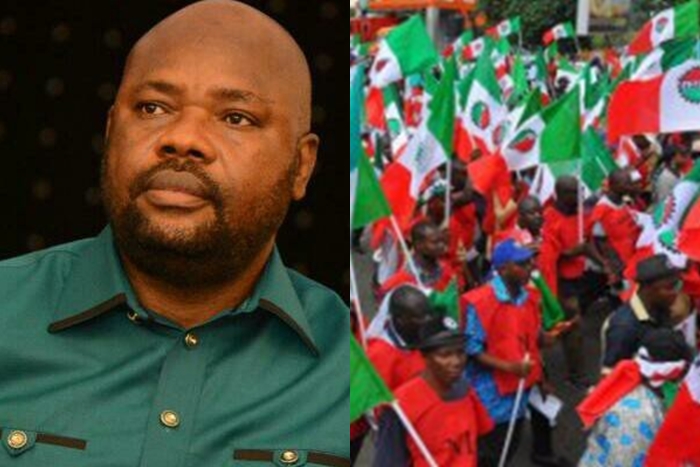 The Chairman of the Delta state council of the United Labour Congress of Nigeria ULC, Comrade Williams Akporeha has directed members of all affiliate trade unions of the ULC in Delta state to immediately commence total withdrawal of its services in compliance with the resolutions of national leadership of Congress.

Comrade Akporeha gave this directive while reacting to recent comments in the media credited to the Federal Ministry of Labour and agents of the NLC.

He described the press statement issued by the Labour Minister as a distraction, stressing that Congress cannot be discouraged by government’s tactics.

“We are not deterred but only very worried to hear this sort of comment from respected government officials who allowed undemocratic forces to corrupt and crippled the NLC “.

The Delta state ULC Chairman therefore directed  the chairmen of its affiliate unions in the state to mobilize its members to down tools and vacate all work offices and fields immediately till further notice.

“On behalf of the national leadership of Congress, all our members in Delta state are hereby directed to proceed on an indefinite industrial action with immediate effect without fear of intimidation and harassment. We shall continue to monitor compliance and effectiveness until the Federal government meet our demands already sent to the appropriate agents of government”.

Comrade Akporeha further reacted to the comments credited to NLC and TUC officials, Comrades Ayuba Wabba and Boibbo Kaigama, describing their remarks as comic and petty.

“Interestingly, both men are very much aware that the affiliate unions of the ULC ceased to be members of the NLC nearly three years ago, I therefore see their comments as not only petty but lacks spirit of comradaire and good quality of labour leadership”.

The ULC leader reiterated Congress appeal to the public to support and show utmost understanding to ULC in its struggle to draw the attention of government to honour agreements with workers and fulfill its obligations to the masses.