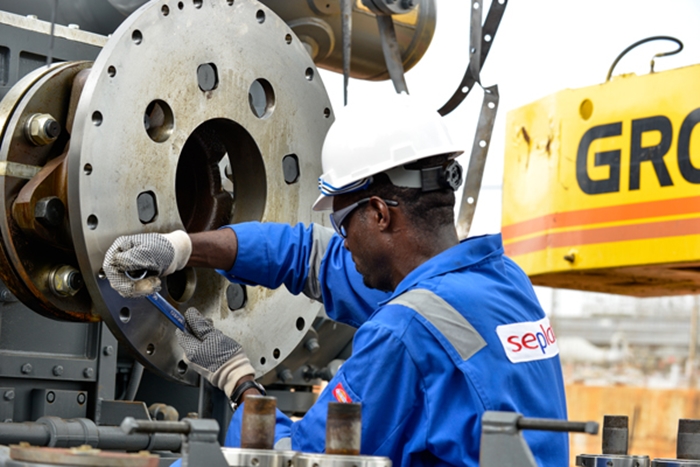 Four Communities, consisting Oben, Iguelaba, Ikobi and Obazogbe-nugu in Orhionmwon Local Government Area of Edo State Thursday, 22 June issued Seplat Petroleum Development Company Plc a 7-day ultimatum to commence negotiations for the payment of compensations or sponsor a joint assessment and evaluation that will be credible to both the company and the people  or vacate their host communities.

Addressing newsmen at the community town hall, Mr. West Uyigue Ogiemwonyi said Oben is reported to have had the largest gas reserve in West Africa with Seplat Petroleum Development Company Plc as the operator of the field but regrettably, its host communities are highly neglected by the exploration company, state and federal governments.

Ogiemwonyi said the environment has been degraded and devastated as a result of oil and gas exploration and exploitation activities especially gas flaring which have affected their crops    and causing acidic rains, extreme weather conditions.

He said these negative impact informed them to engage an environmental consultant to carry out post environmental evaluation, costing for compensation adding that the report has since been handed over to the company for its study, consideration and possibly open for negotiations for payment of compensation but the company failed to meet up with its responsibilities.

He said consequent upon their refusal to pay compensation to the host communities, they should be prepared to leave the communities within the expiration of seven days or face their wrath.

He said the company should live up to its responsibilities of providing infrastructure, adequate employment, training and staffing of the people of the host communities.

He lamented that the communities that are contributing so much to the state and the federal governments have been completely abandoned by successive governments at all levels as there is nothing to indicate the presence of both governments in the various communities.

“There is no single federal government presence in Oben. The only state presence which is the primary and secondary schools are in very deplorable state with no tables and chairs for the students to sit to learn, no toilet facilities, no water, dilapidated classroom blocks, no science laboratory, no library. In fact, the primary school can best be described as Akara school of those days and the secondary school as an over glorified primary school”, he said.

He also call on the government to wade into the activities of herdsmen in the communities as they now live in perpetual fear.

Earlier, the Onogie of Oben Community, HRH Odoligie Ogiemwonyi said he was in support of the decision reached by his people adding that government at both levels should come to their rescue to bring about development to the various host communities in Orhionmwon.