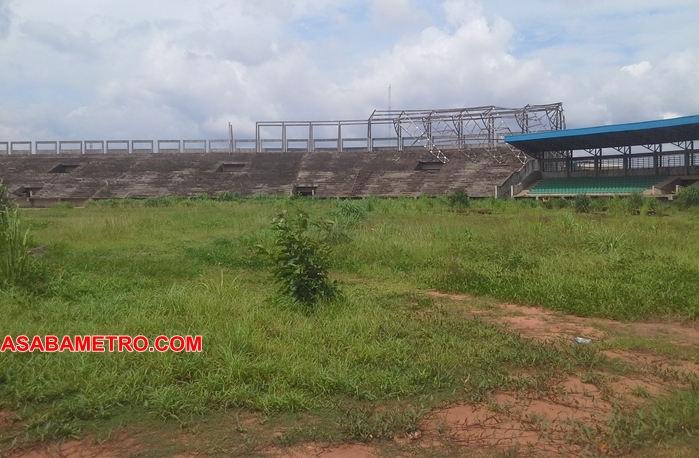 The Delta State Government has approved the completion of outstanding works and spectators stand/tartan track of Asaba Township Stadium, Asaba.

This was one of the decisions taken during the state Executive Council meeting held in Government House, Asaba, on Tuesday, June 20 and Wednesday, June 21, 2017 respectively.

Speaking after the meeting, the state Commissioner for Information, Mr. Patrick Ukah, said that the approval is in fulfilment of the pledge made by the State Governor, Senator Dr. Ifeanyi Okowa, that the stadium will host an international athletics competition next year.

Mr. Ukah further stated that approval was also given for the renovation/reconstruction of infrastructural facilities at Urhobo College, Effurun, Uwvie Local Government Area, as well as the re-validation of contract approval and payment for additional works for the construction, furnishing and equipping of Model Primary School, Burutu, in Burutu Local Government Area.

The two approvals are a manifestation of the determination of the state government to give children of school age quality education in a conducive learning environment, Mr. Ukah revealed.

Speaking further, the Commissioner disclosed that the council further approved the re-validation of the improvement and expansion works of the water supply scheme in Bomadi.

The State Exco also approved the construction of Trans Warri/Ode-Itsekiri Bridges and access roads (completion of 12.8 km main alignment) in a bid to link the riverine communities in that axis to the cities of Warri and Effurun, and the approval of the dualization of old Lagos-Asaba road from Emuhu junction to Agbor-Obi in Ika North East and Ika South Local Government Areas.