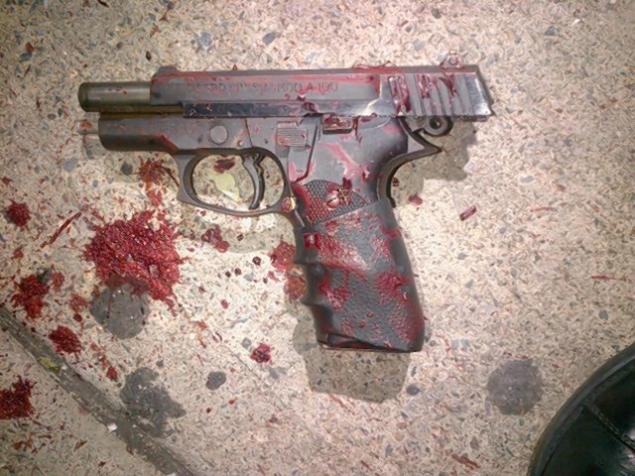 A five-man gang suspected to be armed robbers on February 27, 2017, attacked and killed one Anayo Nwali at the premises of UBA Bank by Ibusa Junction along Nnebisi Road Asaba, Delta State.

The victim who hailed from Inyaba Village in Ishielu Local Government Area in Ebonyi State, was a business man who had a provision shop at the popular Ogbeogonogo market.

The victim’s younger brother, Onyema Nwali who spoke to newsmen said, “my elder brother came to collect part of the money at my shop at Cable Point at about 7:30am and I did not know it was the last time that I will be seeing my brother. It was about 8:15 when I received a call to come to UBA bank that my brother was shot by an armed robbers but before getting to the hospital, he was confirmed dead.”

Late Anayo was married with two children and a pregnant wife, Mrs. Catherine Nwali who was heavily pregnant and in labour as at the time of the incidence. A fatally wounded Anayo was rushed to the Federal Medical center but he died before he was attended to.

Confirming the incidence, the Police Public Relation Officer, Delta State Police command, DSP Andrew Aniamaka who confirmed the incidence, said the police are investigating the matter and promised to bring these criminals to book.