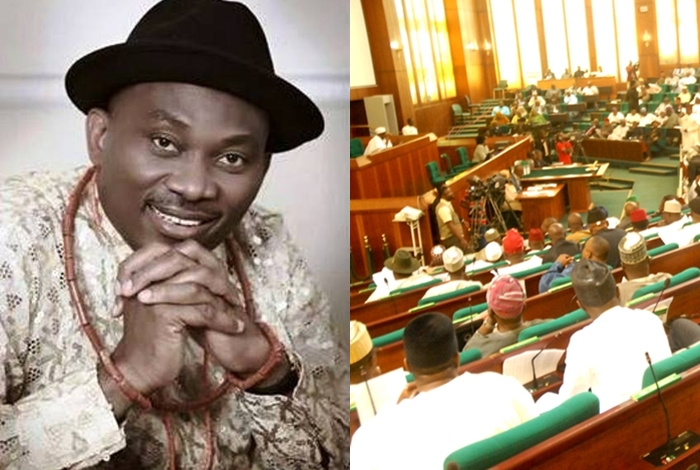 The people of Aniocha/Oshimili Federal Constituency has been urged to ensure that a person with a resounding voice and impeccable character is voted to represent the area in the forthcoming 2019 General Election.

Making the call is a renowned Politician and an astute administrator, Elder Anene Chigbue, and Director General, Movement for Democratic Emancipation, MDE, in Asaba recently when he spoke with some media practitioners.

According to him, for the area to have a good representation, the people have to look to Hon Ndudi Elumelu to give them that resounding voice at National Assembly, who will give them quality representation.

Elder Chigbue, said that concerted effort and passionate appeal have been embarked upon, by the good people of Aniocha/Oshimili and everything is being done to ensure that Chief Elumelu is convinced to accept the plea of the well-meaning people of Aniocha/Oshimili for him to return to the green Chambers, where his excellent representation, which brought massive dividends of democracy to the people and the constituency, is urgently needed.

“The people of Aniocha/Oshimili have produced highly eminent people in all areas of human endeavour and the area is richly blessed with human and material resources, which needs a re-sounding voice at the vibrant Green Chambers of the National Assembly, to fully utilize and harness it.

“Believe you me, we have for these past years, missed tremendously for not having Elumelu at the Federal House of Representatives. We have missed his intellectual capacity, his reach, connections and influence”, the seasoned elder statesman noted.

Speaking further, he said: “The people of Aniocha/Oshimili cannot continue like this; the vibrancy, the tenacity that their  representation is known for at the Green Chambers of the national Assembly, is no longer there”.

“We are  no longer at the front burner when it comes to the scheme of things at the House, just for the fact that Hon. Elumelu is no longer there to showcase the sagacity and doggedness that is always geared towards bringing home the much needed democratic dividend.” He said.

However, Chief Chigbue noted enthusiastically that there is joy in the Federal constituency with the hope that a renewed and rejuvenated Hon. Ndudi Elumelu would heed the plea of the people.

“But now, the people have decided the best option and that is, Hon. Ndudi Elumelu should go back with a view to giving us resounding voice,” he stated.

He further affirmed, that Elumelu’s return to the National Assembly as the representative of the people of Aniocha/ Oshimili, will in no small measure, bring back unparalleled democratic benefits to the people of the constituency, stressing that his worth of experience and maturity politically and generally will always act as a propeller in his representation of the people.

He stated that Chief Elumelu’s achievements as a person and at the National Assembly as the representative of the Constituency were outstanding, impressive and noteworthy in the history of the Constituency, while describing him as a highly humble, hospitable and accessible personality that is extremely committed to the needs of the people.

“Hon. Elumelu is an amiable and notable philanthropist with an avowed commitment to improving the condition of humanity, especially the poor, underprivileged and widows,” Chigbue revealed adding that talks and negotiations are ongoing by eminent persons, including youths and women, with a view to making Hon Elumelu understand the importance of him returning to the National Assembly to salvage the integrity and values of the people of the area come 2019.

He confirmed that his Group, Movement For Democratic Emancipation, has also joined forces with other notable groups in the Constituency towards the campaign for his return, even as he stated that they are assured of a positive response from him.

“Yes indeed, Hon. Elumelu has not declared his intention, but with the daily loads of pleas by well-meaning people of Aniocha/Oshimili, I want to assure you that in no distant time he will publicly make his intentions known to the people and as usual, it will be in line with the wishes and aspirations of the people.

“Chief Elumelu is a man of the People, he believes in the people and he will always listen to the people. He is such a humble man that does not in any way joke with the wishes and aspiration of the people,” he said confidently.