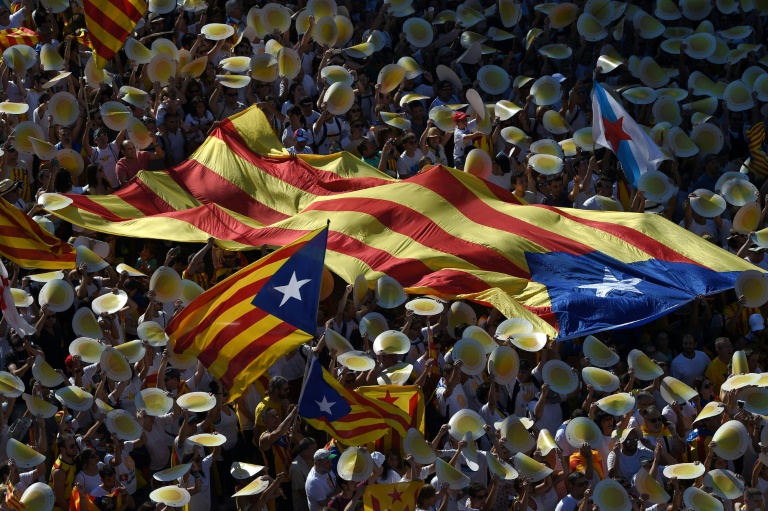 AFP – The leader of Spain’s Catalonia region, where a separatist movement is in full swing, on Friday announced an independence referendum for October 1 in defiance of Madrid.

People will be asked to vote on the question: “Do you want Catalonia to be an independent state in the form of a republic,” Carles Puigdemont said in Barcelona.

If a majority votes “yes,” the northeastern region’s pro-independence government has said it will immediately start proceedings to separate from Spain.

But the central government in Madrid is firmly against the referendum, which Puigdemont had previously announced would take place without setting a date, and which Spain’s Constitutional Court has already ruled is illegal.

As such, Catalan authorities face significant challenges to even hold a vote that would force people to break the law, particularly civil servants who will be called on to help organise the poll.

Catalonia, a wealthy, 7.5-million-strong region with its own language and customs, has long demanded greater autonomy.

For years separatist politicians in the region have vainly tried to win approval from Spain’s central government to hold a vote similar to Scotland’s 2014 independence referendum from Britain, which resulted in a “no” vote.

And while Catalans are divided on the issue, with 48.5 percent against independence and 44.3 percent in favour according to the latest regional government poll, close to three-quarters support holding a referendum.

In 2014, Catalonia held a non-binding vote under then president Artur Mas, in which more than 80 percent of those who cast a ballot chose independence, although just 2.3 million out of 6.3 million eligible voters took part.

But in holding the symbolic referendum, Mas went against Spain’s Constitutional Court, which had outlawed the vote — despite it being non-binding.

He was later put on trial and banned from holding office for two years.

Puigdemont now wants a binding referendum — even though Madrid has pledged to be just as tough this time round.

“I don’t want it, I don’t believe in it, and as long as I am prime minister, it won’t happen,” Spain’s Prime Minister Mariano Rajoy said in May.

In February, the Constitutional Court ruled against the planned referendum and warned Catalan leaders they faced repercussions if they continued with their project.

Catalonia’s officials have had little luck pushing their project abroad either.