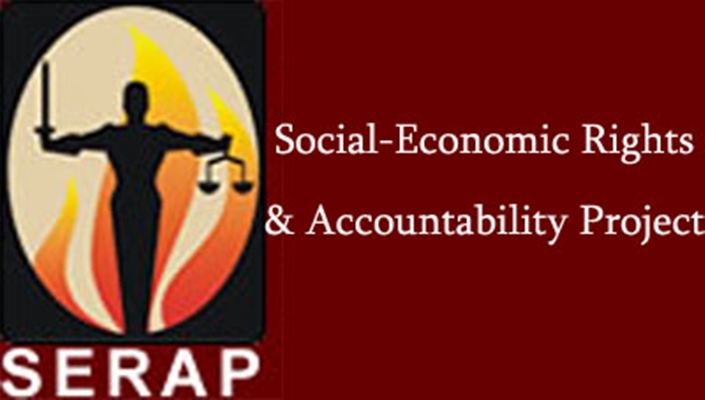 The rights group has called on Governor Godwin Obaseki to “immediately withdraw the bill, and use the funds to clear the backlog of pension arrears spanning between seven and 45 months.”

SERAP’s call followed reports of amendment of Law for Pension Rights of the Governor and Deputy Governor by the Edo State House of Assembly, with the immediate past governor and deputy governor expected to be some of the beneficiaries.

The new amendment contains provision of residential buildings worth N200m and N100m for the governor and his deputy at the expiration of their tenures. The bill also provides that the buildings could be sited in any location of their choice.

But in a statement dated November 17, 2016, SERAP Executive Director, Adetokunbo Mumuni said: “Coming at a time the Edo State government can’t even pay its pensioners and salaries of workers, the amendment by the Edo State House of Assembly is immoral, unfair, unconstitutional, unreasonable, and a rip-off on a massive scale.

“Governor Obaseki must reject this grotesque bill if he’s to fulfil his election promises and lift millions of Edo State pensioners out of extreme poverty.

“This so-called proposed legislation means that millions of Edo pensioners and workers will have to fund the massive and unjust pensions for former governor, Oshiomhole and his deputy and others that will come after them.”

The statement furher read that “many of the retirees whose pensions have not been paid have been evicted from their apartments due to their inability to pay their rents””.

According to SERAP’s information, one of such retirees is Ihama Friday who at 60 is now squatting with friends. Another pensioner Osa-Aighobarueghia who retired as a head teacher “continues to live a life off debts because the Edo State government has refused to pay her 30 months’ pension benefits”.

“SERAP is aware that the Edo State government is not the only state passing such obnoxious pension laws to provide outrageous retirement benefits to former governors and deputy governors and that many of them are already in the National Assembly receiving multiple benefits and putting their personal bank accounts ahead of the common good.

“SERAP is finalising a comprehensive legal strategy to challenge these unjust laws and to name and shame those who continue to benefit from such laws.

“Nigerians should not be made to subsidise these bloated pensions and clearly undeserved perks. Governor Obaseki should not see disadvantaged Nigerians and poor pensioners according to Orwell’s Animal Farm dictum: ‘All animals are equal but some animals are more equal than others’.

“Approving the amendment by the Edo State House of Assembly will amount to a fundamental breach of the Governor’s constitutional oath declaration to serve the interest of justice, common good, transparency and accountability,” the group said.

SERAP maintained that it is appalled by “this apparently unfair and discriminatory law”, as there is no justification for such law at a time the pensions systems across the country are in poor shape, and pensioners continue to be denied the fruit of their labour.

“Former governors and their deputies can’t lawfully give to themselves a steady stream of public funds for life at a time millions of pensioners including in Edo State face cut to their pension schemes and remain in poverty without any state support,” it concluded.