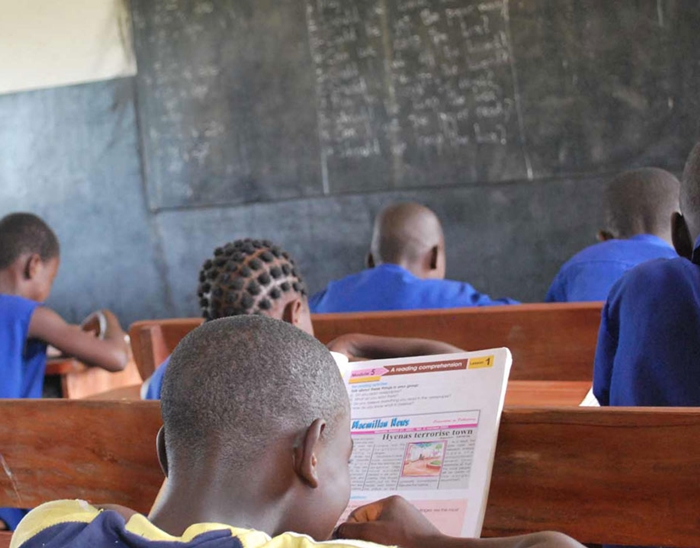 By Agba Jalingo and Jonathan Ugbal

Primary and Secondary schools form the basis in the Nigerian educational system and unfortunately, in Cross River State, public and civil servants have devised a means to enrich themselves via a systemic means of extortion that grows every year.

But, in the past six years, there has been a shift in how pupils and students access education and what it costs their parents and guardians.

Most of those whom this Newspaper spoke to are serving civil and public servants and pleaded anonymity to prevent punitive measures been meted on them.

“Those of us that are not interested in their schemes to make money, who are passionate about teaching, are in the insignificant minority,” says Michael Ogana (not actual name), a teacher in northern Cross River.

Findings revealed that delayed promotions, non-funding of schools, and the greed of appointees, top civil servants as well as head of schools drives the process.

Schools are currently on holiday and will resume for the third term of the 2020/2021 session by the end of April, and unsuspecting parents will be made to pay sums that largely end up in the pockets of individuals.

For primary schools, Cross River had since abolished the payment of tuition fees to encourage learning at the lowest level, but pupils in primary schools across the State still pay at least NGN1,200 findings revealed.

A parent, Iye Ingieagba said she paid NGN1,700 and NGN1,200 for first and second terms respectively.

“The NGN1,200 is for PTA (Parents Teachers Association), examination fee, computer levy and some other things I can’t recall while NGN500 is for the report card printed by the ministry of Education,” Mrs Ingieagba whose child schools in a public primary school in Obudu said in a brief telephone interview.

In the second term, she paid NGN1,200 again but did not pay for the report card.

This is a hike of 100 percent from four years ago when the total fee package was NGN600 according to information obtained from the Major SSA Agba foundation which pays the fees of dozens of pupils at the Primary School in Bedia, Obudu local government area.

The same applied to primary schools visited in Calabar.

A teacher in a public primary school in Calabar South Local Government Area explained that: “We no longer call it school fees, but levies and other names. There is no tuition again, but the schools have to keep running since there is no funding and Headmasters have to collect these monies and remit some to the Zonal Inspector of Education, and some people at the ministry.”

She declined comments on how the sum was shared and dropped the call after reminding the reporter that she valued her job.

…Secondary Schools: The Powerful Money Spinner and a Culture of Silence

In Secondary schools, the extortion is secondary in nature with irregular fee schedules and charts across the State.

Efforts to obtain the actual fee schedule from the State Secondary Education Board and Ministry of Education to use as a benchmark failed as these reporters were directed to the Permanent Secretary, Mrs. Mary Omaji and the Commissioner, Amanke Godwin Ebunshua who were not in their offices on three occasions visited on Monday, Wednesday and Thursday.

When contacted, Mrs. Omaji said she will be in the office on Monday and sued for patience to get the fee schedule. The commissioner neither picked calls nor replied text messages.

But, a teacher working in Ogoja Local Government Area said the fees were currently over NGN4,000 with the schedule carrying subheads that were suspicious for those who studied details.

“For instance, you pay NGN200 for sports for each term meanwhile inter-house sports only holds during the second term, what happens to the first and third term?”

The principal is said to “utilize” at her or his discretion, the NGN200 for the first and third terms.

Getting responses proved tough as parents and teachers who spoke declined giving out contact details of heads of schools.

One that was obtained, Obeten Eteng who is the Vice Principal of the Government Secondary School, Uwanse, Calabar told this reporter that he did not know the fee schedule and asked that the reporter be patient until school resumes.

The culture of silence permeates through the entire system especially as trainings have not been carried out by the State for almost seven years.

Teachers were always subjected to retraining during holiday periods with most looking forward to that for different reasons including the stipends received, another incentive lost.

Furthermore, the selective implementation of promotion arrears and their financial benefits is said to be fueling a competition amongst senior staff who are near retirement in order to save up as gratuities from 2013 are still owed.

When added to the regular school fees which must all be paid before the second term, it shoots to between NGN35,000 and NGN60,000 depending on the schools.

For instance, while the Government Technical School at Mayne Avenue in Calabar South made SS3 students pay almost NGN60,000 as WAEC registration and fees, their colleagues at the Pinn Margaret Secondary school Atakpa, located less than 800 meters away, paid less than NGN45,000.

That figure reduced drastically as you travel out of the metropolitan areas to the rural areas.

From the NGN20,000 paid at a secondary school in Igoli, Ogoja, this Newspaper gathered that NGN1,000 was earmarked for the commissioner, NGN1,000 for the SSEB, NGN1,000 for the Zonal Inspector of Education and NGN2,000 for transportation for the WAEC Desk Officer that will submit the registration details at Uyo, neighboring Akwa Ibom State since the office at Calabar was destroyed in the widespread arson of October 23rd and 24th 2020 that followed the #EndSARS protests.

Also, the students pay NGN250 each term as COVID-19 fee with the Commissioner, chairman of the SSEB and Zonal Inspector sharing NGN200 while the Principal is left with NGN50 to procure hand washing stations which don’t function after two weeks unless there is an external visitor.

Checks, and Balances for Extortion…

To ensure that a principal, headmaster or headmistress is not short changing the authorities, loyal trustees, and in some occasions, the individuals benefiting from these schemes often pay visits to the schools to check the enrollment registers.

“Ordinarily, the enrollment should have been a vital statistic for policy formulation, but this is to calculate how much the powers that be expect from the schools,” Mr. Ogana said.

The findings of these investigation reminds one of a report by the Socio Economic Rights Accountability Project (SERAP) a non-governmental non-profit organisation, dated 2018 and titled; “Stealing the future:
How Federal Universities in Nigeria have been Stripped apart by Corruption.”

The report whose objectives, among others, was to, “establish the degree to which corruption has become endemic in the public university system,” explored resources from works of various researchers and relied on far-reaching field surveys in two selected federal universities, namely, the University of Lagos, Lagos, and the Ahmadu Bello University, Zaria.

In that report, SERAP concluded that, “staff and students of the studied universities have almost similar views as to what corruption and corruption in the education sector means. They all agreed that corruption exists in their universities and that it has a negative consequence on the governance of the university, and hence, should be fought decisively.”

The report further held that; “Both staff and students are of the view that most of the corruption cases they had heard of have not been investigated or sanctioned even though they were still able to identify some that have been investigated and sanctioned.”

While this Newspaper could not find any history of a teacher been punished for extorting students in Cross River State, there have been, as earlier reported, cases of punitive transfers which when queried, met the “it is a normal scenario in the civil service,” brick wall.

Tackling this systemic rip off remains a challenge with many parents unaware of the channels to report such or, as in the case of Mrs. Peggy (surname withheld), a public school teacher who told this Newspaper that: “My children attend a private school, but when the school began asking them to pay for some items, I refused and told them they should have billed it into the school fees.” However, she admitted that her school were collecting some sums outside the fee schedule.

In a similar vein, SERAP’s report showed that, “less than half of the respondents were aware of the right channels to direct complaints on corruption.”

This, according to the report, was because the perceptions of students and staff differed “significantly on efforts at fighting corruption in the university system. While staff overwhelmingly believe that corruption is being fought reasonably, a substantial number of the student-respondents believed that corruption is not profoundly fought. This divergence is understandable because students perceive themselves as the most oppressed stakeholders in the university system.”

The study which had a sample of 1,500 respondents split across three arms; students (900), academic staff (300) and non-academic staff (300) further concluded that, “the views of both students and staff converge perfectly on certain issues, for example, in terms of beliefs about institutions that can successfully fight corruption in the education sector which they ranked exactly in the same order as: government; university administration; students’ organisations, non- governmental organisations, and international institutions.”

It is expected that as schools resume in a few days’ time, pupils, students, parents and guardians will speak up and question the fee schedule imposed by parastatals of government and the school authorities to prevent this sore from festering.

Furthermore, parents and guardians are encouraged to report to Civil Society Organisations whenever they are compelled to make payments that are unexplainable. A good example is Socio-Economic Rights and Accountability Projects. Also, parents and guardians are encouraged to demand for authorised receipts whenever they are told to pay for anything. This will serve as evidence for advocacy and also reduce the unexplainable fees.