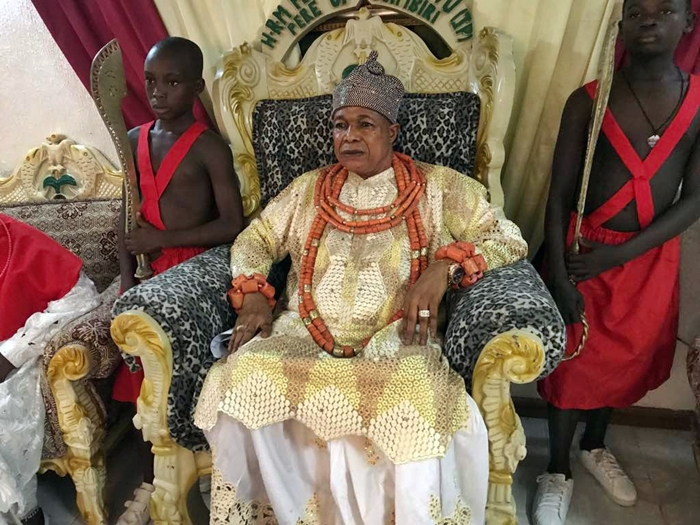 Seimbiri Kingdom Traditional Council has announced the de-robing of three of its palace chiefs over alleged conducts inimical to the traditional rules and virtues of the Ancient Seimbiri Kingdom in Burutu local government area of Delta State.

The Council at a post anniversary meeting held at the Palace Complex in Okpokunou Urban Community and presided over by the traditional ruler of the kingdom, King Dr. Charles Ayemi-Botu (JP) OFR, also announced the indefinite suspension of two of the palace chiefs.

The de-robed three chiefs as contained in the resolution of the Council include, Chiefs Coleman Embale, Chief Alexander Ebisine and Chief Hardwood Woto.

According to the Secretary-General, the conducts of the three former Chiefs, including absenteeism and flagrant dereliction of duty are inimical to the traditional rules and virtues of the Ancient Seimbiri Kingdom hence their being relieved of the traditional duties.

He said the two suspended Chiefs would remain suspended until they show enough remorse and commitment to the rules and regulations guiding the traditional positions they occupied in the kingdom.

The Secretary-General said the motion for the sack of the three chiefs was moved by Chief Ayounagha Okoradas, seconded by Chief Clarkson Yengizifa and Chief Captain Joel Amakamu on behalf of the Seimbiri Kingdom Traditional Council and was unanimously adopted.