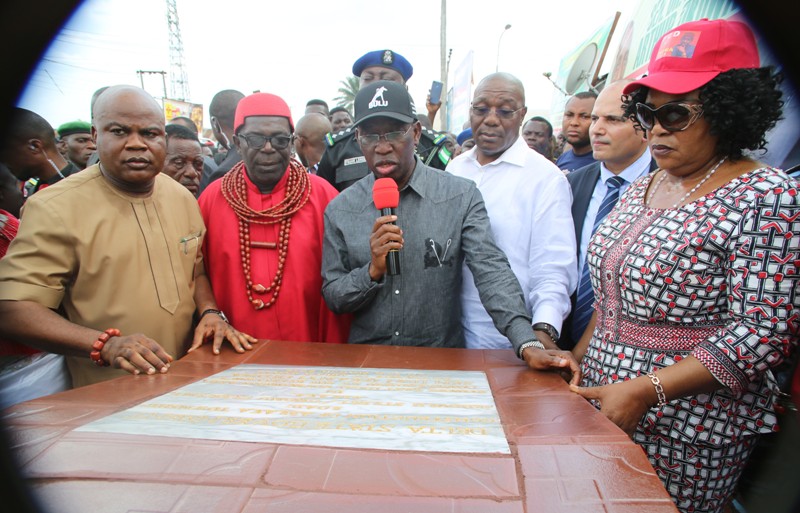 He also commissioned the phase II of Amai/Ezhionum/Abbi road and Umutu Skill Acquisition Centre in Ukwuani local government area of the state and also, inspected the level of construction work done at the Okurekpo/Okunor-Okpara/Onumane/Samagidi road, and multi-billion naira Senate building at the Delta State University, Abraka, Ethiope East local government area of the state.

According to him, “our projects are designed to make our towns and cities accessible, give them facelift and make our people happy.”

“With all these commissioning and inspection of projects, we believe that we are impacting on our people, but the flagship of our programmes are the wealth creation programmes which have created a lot of jobs and wealth for our people,” the Governor said, disclosing that the town hall meetings were necessary as they provide avenues for heart-to-heart talk with the people.

He stated, “as political office holders, it is important that we interact with our people, get their views about our performance, tell them what we are doing because, with these interactions, we will get a better state and a better nation.”

The Governor commended the traditional rulers for making their Kingdoms peaceful which has facilitated execution of projects in the state.

“I thank you (Deltans) for your support which has ensured good governance in our state, as long as we continue to make the state peaceful, we  will continue to witness development in the state,” the Governor emphasised.

The Ovie of Agbon Kingdom, HRM Ogurimerime Ukori 1 in his speech when Governor Okowa visited his palace at Isiokolo, Ethiope East local government area, said, “I do not need to make demand on you (Governor Okowa) because, your administration has done so much for our people, but, prevail on the Police to rescind their decision to move the Police Station from Isiokolo.”

The Ezhie of Ezionum, Ukwuani local government area of Delta State, HRM Dr Roland Osanwuta, thanked Governor Okowa for the provision of infrastructure, especially in the area of road construction in the state.

Chairmen of Ethiope East and Ukwuani local government areas, Chief Faith Majemite and Chief Chukwudi Dafe respectively, commended Governor Okowa’s administration for its commitment to providing infrastructure in the state, assuring that the people will always support his administration.