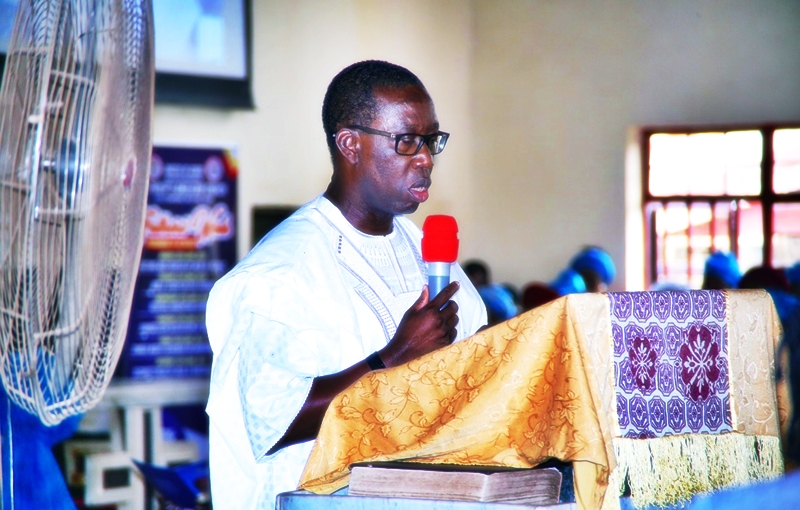 Delta State Governor, Senator Dr Ifeanyi Okowa has assured Deltans that he will be equitable in making appointments in his second term in office.

Governor Okowa gave the assurance on Sunday,June 2, 2019 at a thanksgiving service that took place at St. Philips Anglican Church, Asaba to celebrate his successful inauguration for a second term as the Governor of Delta State.

It would be recalled that Governor Okowa has appointed Mr Chiedu Ebie as the Secretary to the State Government, Olorogun David Edevbie as Chief of Staff and Rt. Hon. Funkekeme Solomon as Senior Political Adviser.

According to the governor, “I thank God that we have made some appointments recently; we are doing what is right, many more appointments will be done and I promised Deltans that I will be equitable, fair and just in the appointments we are going to make; going forward, we believe and rely on the guidance of God.”

“More appointments will be made, we ask for the continuous partnership and prayers of all Deltans,” Governor Okowa said, adding, “I thank all of you for attending this thanksgiving service; this is the greatest part of the celebration; it is to give thanks to God for what He used good people to do for us, for our state.”

“There are several reasons to give thanks to God; God was on our side, he is still on our side and he will continue to direct our steps, so, it is very important that we give Him thanks; as we went into the elections, there were all manners of threats, all manners of talks but, God used so many of you to the glory of His name; by God’s grace we excelled, so, we return the honour to Him, we thank God for what He did for us; the Lord is our strength and as we moving into the second term trusting in Him, we will render service unto our people selflessly. “

He asserted, “for those who will join us to serve, know that it is a call to service; he has called us to render service unto our people and we will continue to do our best; I believe our Lord, our God will separate Delta State for greater blessings; pray for us continually for the spirit of God to lead us.”

Earlier, the Primate of Anglican Communion, Most Revd, Nicholas Okoh in a sermon, spoke about, “A Living Sacrifice To A Living God,” stating, “we know that He is alive; in our relationship with God, we see actions that makes us to know that our God is alive; every day, He speaks to us and the people hear Him.”

“There is a relationship that exist between us and God; when God has spoken and acted in a wonderful way that clears our doubts, what is expected of us is to make personal commitment because God does not act for nothing; that reason is what you should look out for at any situation, it may be to deepen your faith so that you can serve and people will learn; people offered living sacrifices to the living God that appeared to them and in some situations, the person concerned can become an evangelist, because, after experiencing God, you cannot be the same; when God has appeared to you in a remarkable event, you cannot be the same again,” the Primate said, urging Governor Okowa and his team to see themselves as living sacrifices to better the lives of Deltans.
The Primate appealed to all Deltans to always pray for Governor Okowa and members of his team for their dream Delta where the people are prosperous to be achieved.

The thanksgiving service which was attended by his wife, Dame Edith Okowa, his Deputy, Barr, Kingsley Otuaro and his wife, Engr. Ebierin, former Governor James Ibori, former Deputy Governors of the state, Prof. Amos Utuama (SAN) and Chief Benjamin Elue, among other top dignitaries, climaxed with a State Banquet at the Event Centre, Asaba.