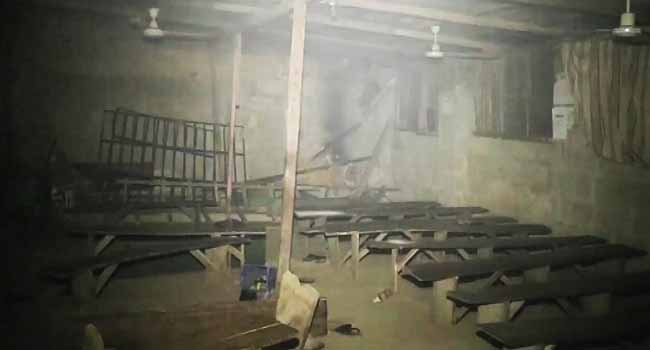 Tragedy struck in the sleeping Akpandem Street, Atimbo calabar community of Cross River State as over 30 people are feared dead at a football viewing centre.

The sad incident occurred after a high tension cable reportedly fell on the viewing centre and electrocuted dozens of football enthusiasts.

Reports gathered that the football fans were at the centre to watch a UEFA Europa League quarter-final match between Manchester United and Anderlecht on satellite television.

Channels Television correspondent in Calabar reported that the live electricity cable broke from its mooring and fell on the viewers.

It will recalled that Electricity authorities had warned and say it is illegal to erect any building around areas with high tension cables.