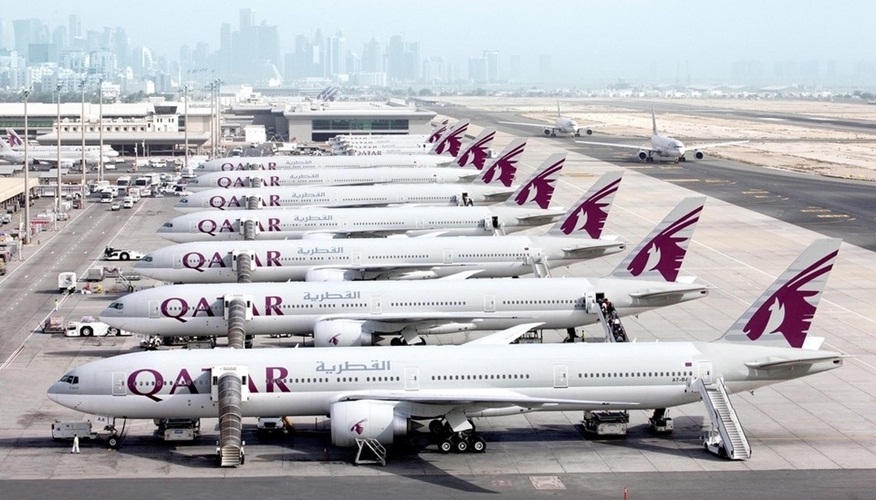 But even that flying time may be looked on jealously by passengers on the return flight which, due to high-altitude winds, will take 17 hours and 30 minutes, according to the company website.

This will make it the world’s longest passenger service in terms of flying time, according to tracking website flightradar24.

Qatar Airways did not immediately have a figure for the number of passengers who boarded on Sunday, but it is believed there are four pilots and 15 crew on the plane.

In March last year, Emirates airline launched what was then thought to be the world’s longest non-stop scheduled commercial flight, with a service from Dubai to Auckland, spanning 14,200 kilometres (8,824 miles).

Asaba International Airport To Be Among The Best In Nigeria – Gov. Okowa
President Buhari Not Coming Back as Scheduled, Notifies National Assembly of Extention
Advertisement