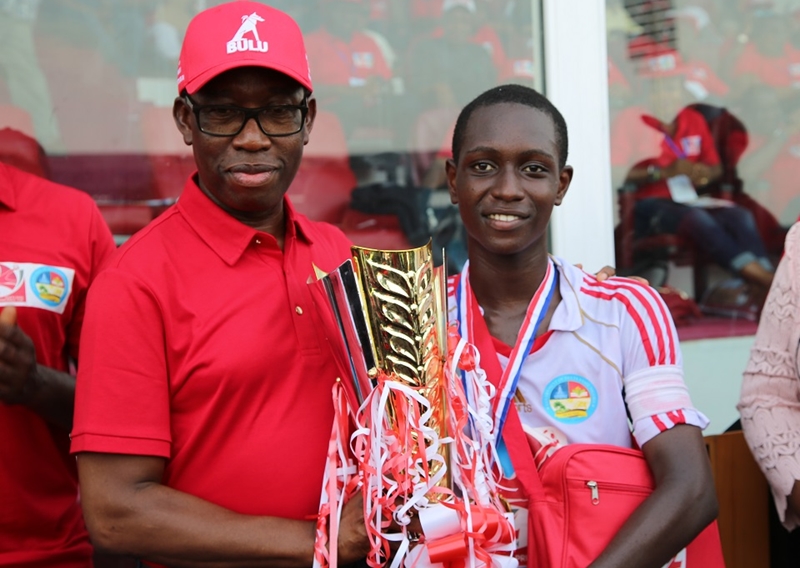 Obule Integrated School, Sapele has won this year’s edition of the Delta State Principal’s Cup with Governor Ifeanyi Okowa saying it was a clear evidence to the fact that the state will continue to dominate in sporting competitions in the country.

At the finals played at the Stephen Keshi Stadium, Asaba on Monday, April 1, 2019 and watched by the Governor and his Deputy, Barr. Kingsley Otuaro, Obule Integrated School defeated Boys Secondary School 2-1.

Governor Okowa shortly after presenting the trophy to the winners, observed that it was a wonderful display of football talents.

“We started this Principal’s Cup tournament three years ago and it has greatly improved from what we saw with the very wonderful display of football talents by the two teams,” he said, disclosing, “what we are doing with the Principal’s Cup, Headmaster’s Cup and Athletics championship is to reenact what we witnessed in the old Bendel.”

He continued, “as a state government, we will continue to support sports development because, in our schools, we are not only ensuring sound development of the mind in providing good environment and qualified teachers, we are also, ensuring proper physical development of our youths.”

“With these championships, talents that would have lost are discovered and we will nurture them to become future stars because, we have the talents, we have chosen to catch them young and grow them into disciplined persons in the future,” he asserted while commending Zenith Bank for sponsoring the tournament and also, praising all those who ensured that the championship was successful.

At the first half of play, Boys Secondary School, Obiaruku was leading 1-0, while the Obule Integrated School in the second half, equalized and scored the winning goal.

Cash and other prizes were also, given to the players at the colourful ceremony.