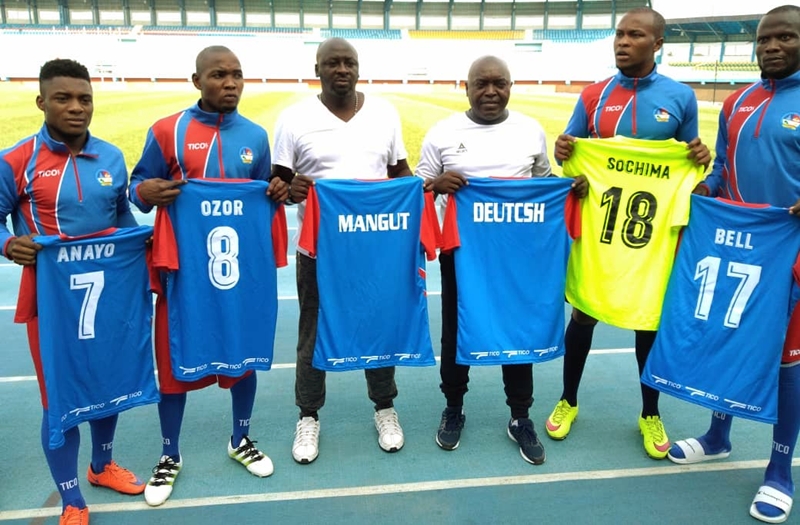 Delta Force Football Club of Asaba has unveiled their new Tico jersey for the coming Nigeria Professional Football League, NPFL game as well as former Heartland FC Coach, Emmanuel Deutsch as the new Technical Adviser ahead of their first game at the Stephen Keshi stadium.

De Ambassadors also unveiled some of their new players for the weekend game against Go Round after taking over from Kada City in the second half of the NPFL games that is billed to hold on Sunday March 31st .

The Cameroonian who has 14 unbeaten run with Abia Warriors, assured that Delta Force will be a force to be respected in the Nigeria league .

“It is a great honour to be here in Delta state”.

“Delta Force is a modest club that need the support of supporter to succeed”.

“Talking is not my thing,but result on the field of play will speak for us”.

The former Akwa united and Juth FC handler appealed to sports journalist not to mount more pressure on the club rather advise them on what to do when they need arises.

Delta Force will be making their debut in the week 13 fixture when they host Go Round of Omoku on Sunday, March 31, 2019 by 6pm at the newly built Asaba Stadium