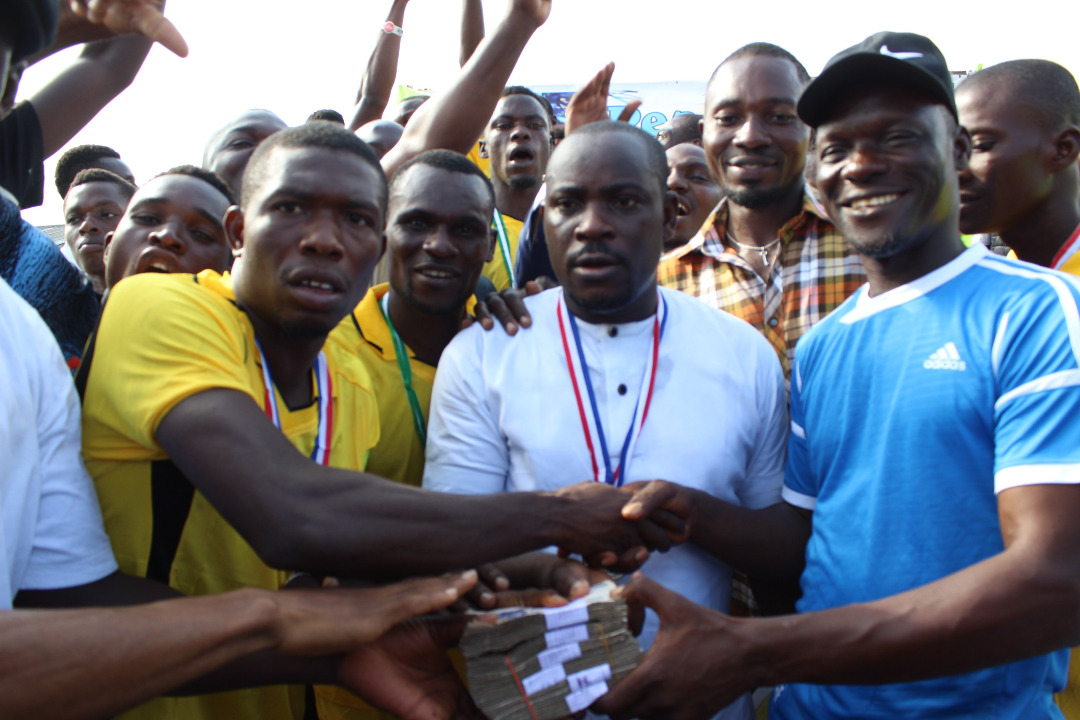 The Local Organising Committee, LOC for the second edition of Ijaw/Itsekiri Peace and Unity Cup Tournament 2019, also known as Comrade Mulade Sheriff Peace and Unity Cup, have assured of adequate preparations for the competition expected to hold this November.

According to the LOC, this year’s edition will have a new dimension as two centers; Ugborodo and Benikrukru communities both in Warri South West local government area will play host to the competition.

Sixteen teams are expected to feature and battle for honours in the tournament, eight in each center as forms are already on sale in various locations as well as the office of Center for peace and Environmental Justice, Ugolo which serves as the temporary secretariat of the Local Organising Committee.

The winning team of this year’s tournament will go home with a whopping cash prize of One Million Naira (N1,000,000.00) and a Gold Cup, while the runners up will receive Seven Hundred Thousand Naira (N700,000.00) and 3rd placed team will get Five hundred thousand naira (N500,000.00). There will also be other prizes and awards for Most Valuable Player, Highest Goal Scorer, Fair Play Award for best behaved team and Best Goal Keeper amongst others.

Meanwhile in a recent meeting held by the LOC, the Chairman, Hon. Kenneth Nwaomucha emphasized that this year’s edition will be focused on discovering talented youths who are between 15 and 20 years of age which is an ideal age limit for grassroots competition. He advised the coordinators of the two centers to inform the various teams before registration.

He added that the technical committee with other technical experts will be on ground to do exponent screening of each team before commencement, explaining that, the above exercise will help to produce the real age grade players who can be taken to the National League and Premier League clubs and perform excellently because of their true age.

In another development, the Organizers are intending to showcase ex-International footballers who will play against a selected side during the opening and closing ceremonies to serve as a moral booster to the various youths participating in the tourney.

They declared that this year’s edition promises to be profit yielding as scouts and football agents from across Nigeria and Europe have already signified their interest to be on ground to spot talented players which will go a long way to raise the marketability of the yearly tournament. One of such organizations is African Grassroots Football Development with links in Cyprus, Italy and Spain has confirmed their interest to partner with the Organizers and with Comrade Mulade Sheriff who was recently appointed as the 2nd National Vice President of the grassroots football body in Nigeria.

It will be recalled that the tournament was initiated with the aim of encouraging and sustaining the existing peace and unity that has been attained by the Ijaws and Itsekiris over the past years. The tournament is expected to kick-off in November 2019.