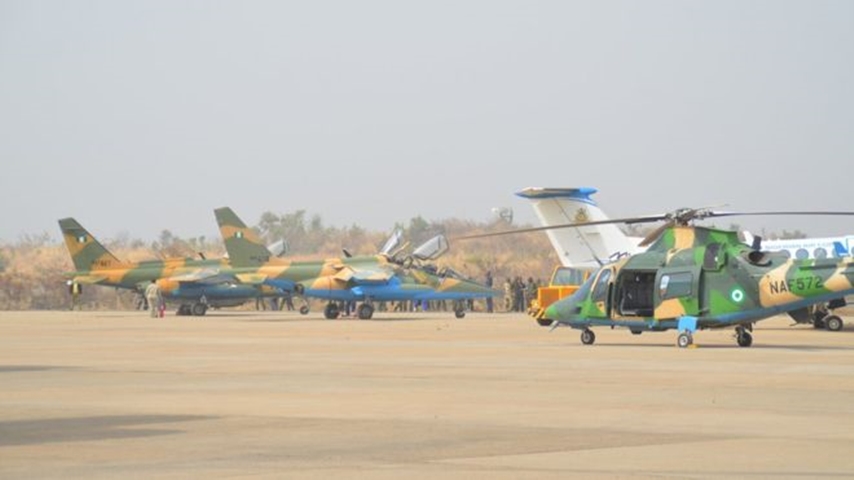 The Nigerian Airforce has sent an air force unit to Senegal to back a potential military intervention in The Gambia. The Nigerian contingents will join troops from Ghana and Senegal.

Meanwhile, the Senegalese troops have moved towards the Gambian border in a show of force to pressure President Yahya Jammeh to stand down.

ChannelsTV reports that, before their departure from the 117 Air Combat Training Camp In Kanji in Niger State to Senegal, the Chief of Air Staff, Air Marshal, Sadiq Abubakar, addressed the troops being deployed as part of a stand-by force in a yet to be named operation in the Gambia.

The Chief of Air Staff told the contingent before their departure from the Air Force Unit to be of good behaviour, observe safety and precautionary measures as they carry out their operations.

He gave the assurance that all that the troops needed would be provided.

“Your mission is very clear. Your commander is with you. What we want is for you to get there, do you work professionally and conduct yourselves as disciplined force”.

ALSO READ:  I Will Not Step Down Says President Jammeh of Gambia

The other pilots took their positions in the various fighter jets participating in the operation.

The 200-man contingent include 20 air crew and 80 combat support team for the first batch of the Nigerian Air contingent in the yet to be named operation.

The 200-Man Contingent left Nigeria for The Gambia.

Among the platforms being deployed to the Gambia included fighter air planes, helicopters, C-130 and the large utility helicopter which will also be useful in the conduct of the operation.

Their departure came a day after NNS Unity Warship left the shores of Nigeria for the Gambia, reading for any military force.

Nic-Ola Beauty Sparkles Corner: Say It When You Hear It
Gambian Soldiers Will Surrender If… General Ousman Badjie
Advertisement