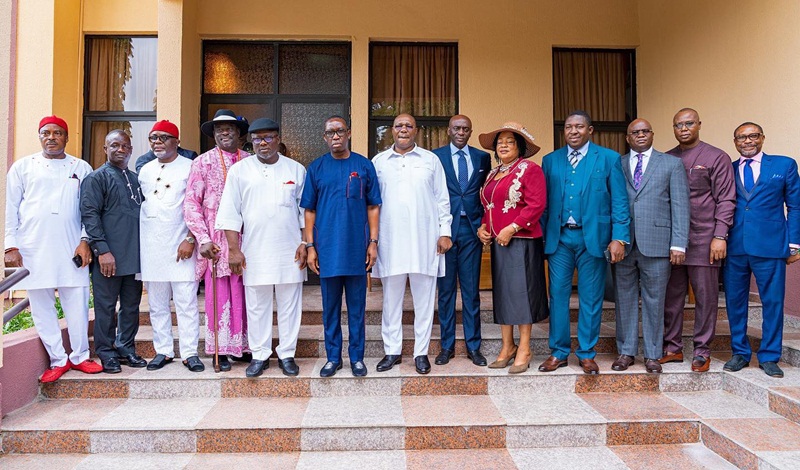 Two immediate past members of the Delta State House of Assembly, now Special Advisers to Governor Ifeanyi Okowa, Honorables Johnson Erijo and Daniel Yingi have described their new appointments as a call for more service to the state.

Honorables Erijo and Yingi who spoke in separate interviews at the venues of the reception organized in their honors immediately after their swearing-in at Government House, Asaba, expressed joy over the appointments.

The two former Lawmakers said it was a great honor to be a part of the implementation team of the state government, stressing that Governor Okowa’s dream of building a stronger Delta State was achievable.

Hon Johnson Erijo, who represented Isoko South II Constituency for Sixteen years in the state legislature, said his wealth of experience in government was a great assets to the people.

He commended Governor Okowa for taking him into confidence with the appointment, promising to always offer his very best in the services to God and humanity.

Hon Erijo said the Governor has started the process of development of Delta State, stressing that his second tenure will usher in greater dividends of democracy to the people.

For his part, Hon Daniel Yingi who represented Burutu I Constituency for Eight years, promised to work assiduously towards taking Delta State and its people to greater heights.

He expressed profound gratitude to Governor Okowa for his appointment, assuring never to betray the confidence reposed on him.

Hon Yingi stated that building a stronger Delta State was a task that must be supported by every stakeholders and enjoined Deltans to join hands with the Okowa led government in its efforts to moving the state forward.

The receptions were attended by the state Deputy Governor, Deacon Kingsley Otuaro, some serving and former members of the Delta State House of Assembly and other top government functionaries among others.