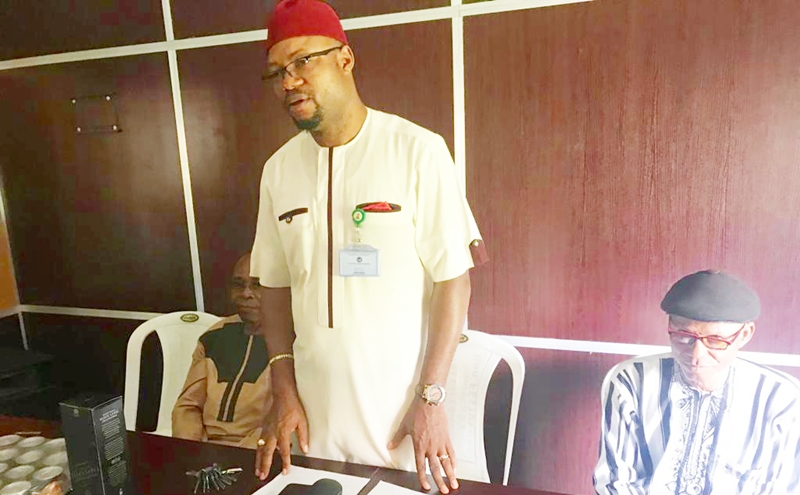 The Member Representing Aniocha North Constituency in the State House of Assembly, Hon Emeka Nwaobi has restated his commitment to providing quality representation to the people of Aniocha North.

Speaking while addressing constituents working in the Delta State House of Assembly, at the Assembly complex in Asaba, Hon Nwaobi, an Engineer, said Aniocha North deserves the best at all times.

The Lawmaker disclosed that a lot were achieved during his first tenure, including empowerment, road and school infrastructures, stressing that Aniocha North will continue to enjoy the dividends of democracy.

Hon Nwaobi said besides ensuring that the voice of the people of Aniocha North was always heard on the floor of the house by contributing qualitatively to debates on bills and motions, more people-oriented projects would be attracted to the constituency.

The Lawmaker recalled the events that characterized his reelection, saying that it was God that gave the people victory and commended eligible voters in Aniocha North for massively voting for him and all the PDP candidates in the general elections.

Hon Emeka Nwaobi paid glowing tributes to Dr Ifeanyi Okowa for his support and encouragement as well as all other critical stakeholders in the development of Aniocha North, stressing that he will continue to collaborate with them to make more progress in the constituency.

While assuring government’s commitment at developing all parts of the state, the Lawmaker said Aniocha North will never be left out or short changed in the process to building a stronger Delta State.

Hon Nwaobi called for continued support and prayers from the people as such were needed at all times to moving the state forward.

Earlier, while presenting a meritorious award to the Lawmaker for his superlative performance during his first tenure, the leader of the group, Mr Frank Onwumah, an Assistant Director in the state house of Assembly, described Hon Emeka Nwaobi as a pride of Aniocha North.

Our Appointments Is A Call For More Service – Erijo, Yingi
Appointments: Okowa Has Forsaken Egbema People Despite Our Loyalty and Support – ELT