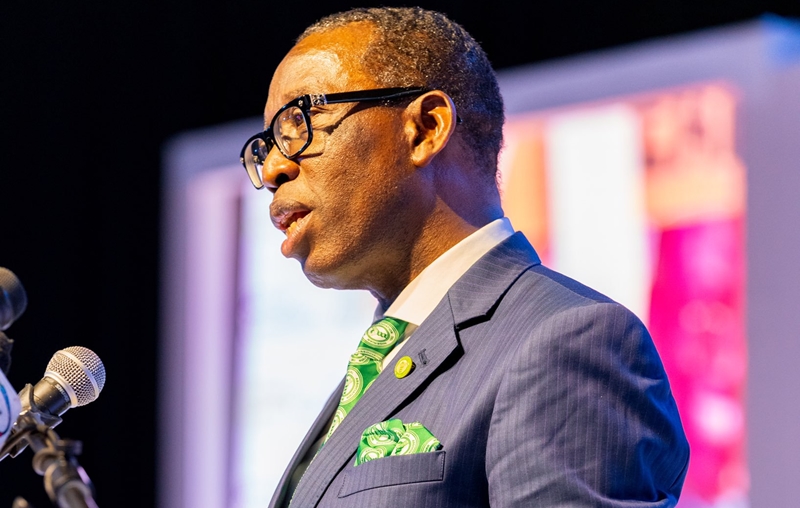 The Governor of Delta, Senator (Dr.) Ifeanyi Okowa, on Wednesday, March 4, reaffirmed that his administration would continue to execute programmes in line with its commitment to protecting the rights of the child.

The governor gave the assurance in Asaba when he received the Chief Field Officer of United Nations Children’s Fund (UNICEF) in Nigeria, Dr. Guy Yogo.

He commended UNICEF for challenging governments at different levels to pay special attention to the welfare of the child, but stated that his administration had always engaged in programmes that protected child’s rights.

The governor expressed gratitude to UNICEF for its sustained effort at ensuring that children were protected through programmes like immunization.

According to him, when you impact on the mother and the child, you actually impact on the future of the people as children represent the future and anything that happens to them tends to create a block in our progress.

Okowa said, “in our state, we are paying special attention on the rights of the child and we are bringing it to the fore as they have a right to exist; that is the major drive that has brought us to the state health insurance programme.

“Since 2004, the National Health Insurance Act was founded and there have been challenges which have made it not to attain the level it ought to be nationally due to low advocacy.

“There is no buy-in from state governments but in Delta, we are trying to provide basic healthcare of which 50 per cent of the funding is to be covered by the government.

“We are taking the insurance scheme serious as we have ensured that children under the age of five and women are covered; we have taken a holistic approach to ensure the welfare of our women and children.

“We are also trying to engage everybody with the healthcare scheme which will ensure that both men and youths are also covered; families will be covered, so, we are doing a lot of advocacy to get Deltans interested in this scheme.

“To a large extent, the civil servants are already enrolled in the scheme; local government councils are already coming on board as we carry the advocacy to the grassroots.’’

He said that with sustained advocacy, Delta would set the standard for other states to emulate “because a success story here will definitely create an effect that I believe other states will see and be able to buy into the scheme.

“Whatever area UNICEF will offer technical assistance and other forms of assistance such as mobilization will be accepted by us because, in the last three years, a lot has been done and a lot more is yet to be done.

“We hope to keep up with the standard we have set because nationally we are still the leading state.

“As a state, we are mindful of the fact that unemployment rate is at an all time high and youths who have graduated still look for jobs.

“We believe that the best way to ensure employment for our people is to ensure that right from schools days, our children should be impacted with skills so that they can have something to think through.’’

He said that the government was working on school curriculum to include some level of skill acquisition, adding that the technical education in the country had taken a back seat.

“We are trying to strengthen technical education by making sure that all local governments have one technical school and we have revamped six technical schools in the state which are currently active and functional.

“We have set up empowerment and entrepreneurial programmes that covers women and youths; a lot more has to be done in spite of limited resources, but we will continue to do our best to impact positively on our people.

“With support from organizations like UNICEF, I believe that we can achieve greater things.” Okowa added.

Earlier, the UNICEF boss had commended the governor for the successes being recorded by his administration.

He said that the UN body would partner the state to achieve more results in health insurance programme as sustainable pathway to achieving Sustainable Development Goals (SDGs) in the state.

Yogo added that UNICEF would help the state in building transformative partnerships to accelerate results for children and women in the state, and to also eliminate open defecation.