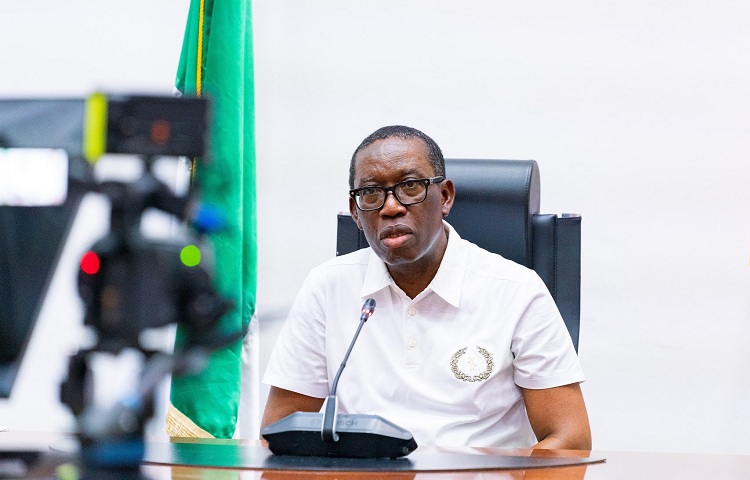 Delta Governor, Senator Ifeanyi Okowa has debunked the information that the positive index case of the deadly coronavirus disease, COVID-19 in the state is a member of the State House of Assembly.

The Governor stated this in a broadcast made on Thursday in reaction to the confirmation of a positive case of COVID-19 in the state by the Nigeria Centre for Disease Control (NCDC), cautioning against the rumours on social media that a lawmaker in the state was the infected person.

NCDC had on Tuesday, April 7, 2020 announced a total of  sixteen (16) new confirmed cases of COVID-19 of which a case in Delta State was added to the rising incidents in the country.

Governor Okowa while corroborating with NCDC disclosure via his Verified Facebook Page, said, “This evening, a patient in Delta State tested positive for the #COVID19 virus. This index case is already receiving the necessary treatment at one of our isolation centers. Tomorrow morning, I will be addressing our citizens on developments surrounding this case.

Again, I ask that you all remain calm at this time and continue to adhere to the precautionary measures and isolation directives that we have put in place to keep you and your families safe. I have no doubt whatsoever that we will all get through this together”.

In Wednesday’s broadcast, Governor Okowa revealed that the patient, who is not a lawmaker, has been in the state for some weeks.

This statement by the Governor further put to rest, the rumour that the lawmaker representing Ughelli North 2 constituency in the State Assembly, Prince Eric Oharisi was the infected Deltan with the Index Case.

Furthermore, the statement erased the insinuation that alleged porous borders between Delta and Edo States had given access to the virus to crawl in.

Governor Okowa however declined to mention the location or the name of the infected person saying that, it was left for the person to go public to identify himself as it was against medical ethics to out forth the name of the victim in public without consent.

He however assured that the State had begun contact tracing of persons believed to have met with the victim.

While reiterating the need for Deltans to stay safe against the disease, Okowa warned against falsehood capable of causing panic in the state.