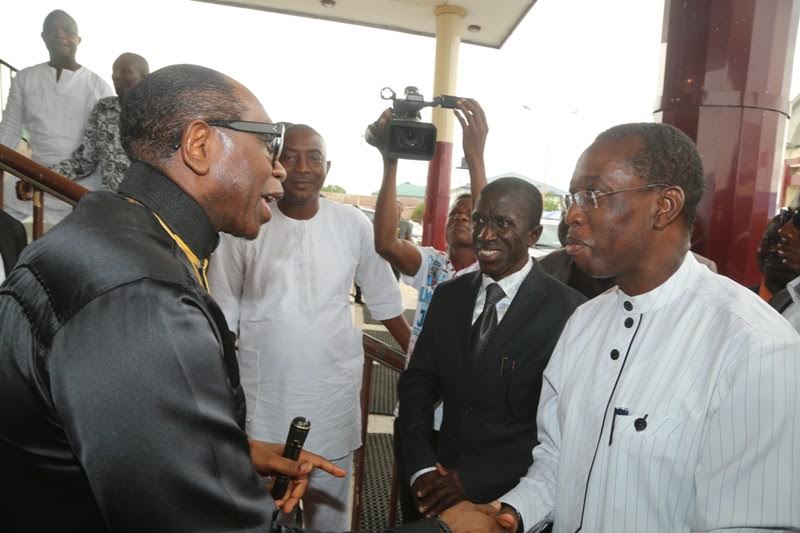 The immediate past President of the Christian Association of Nigeria (CAN), Pastor Ayo Oritsejafor, on Friday April 6, 2017 received encomiums from well wishers during an Interdenominational Victory Thanksgiving Service organised in his honour.

The event which held in Warri was organised by the South-South Zone of the Association.

Delta State Governor, Dr. Ifeanyi Okowa who was among the dignitaries at the occasion commended Papa Ayo Oritsejafor for being a voice of the Church urging him not to relent in speaking the truth and defending the oppressed which was the hallmark of Christianity.

Okowa called on the CAN to be resolute as a voice of caution and reconciliation in the Country, stating that the Church must continue to stand for the truth and defend the rights of the oppressed and vulnerable in the society.

The Governor also urged the clergy to always give sincere advice to those in authority, pointing out that they should be bold and fearless in correcting leaders who have gone astray. He decried the less emphasis on the message of salvation by some clergy describing it as a great disservice to the entire Christendom.

Chief celebrant, Pastor Ayo Oritsejafor, (right) and other Christian leaders during an Interdenominational Victory Thanksgiving Service in honour of Pastor Ayo in Warri

Eulogizing Pastor Oritsejafor, CAN President, Dr. Supo Ayokunle said Papa Ayo is a living legend who have succeeded in leaving an enduring legacy for the younger generation and would continue to be celebrated within Christendom. He described the Man of God as a blessing to Nigeria and the entire black race.

In their separate speeches, President of the Pentecostal Fellowship of Nigeria (PFN), Reverend Felix Omobude, the South-South Chairman of CAN, Bishop God-Do-Well Avwomakpa, and the State CAN Chairman, Reverend Gideon Oyibo all extolled the virtues of Pastor Oritsejafor describing him as a voice of the Church.