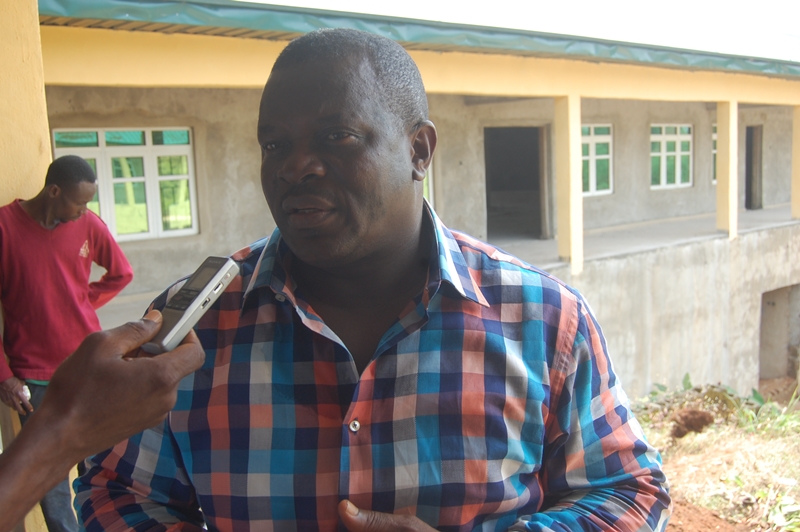 The Executive Director Social Services Development, Delta State Oil Producing Areas Development Commission, DESOPADEC, Hon Christopher Ochor Ochor have called on the people of Ukwuani Local Government Area to come out emass to welcome the Governor of Delta State, Senator Ifeanyi Okowa as he resumes the third phase of his Project inspection and commissioning, and Townhall meeting, with commissioning of the Umutu Skill Acquisition Centre, on Tuesday, March 6, 2018.

According to the Executive Director, because of the importance of the project to the human capital development of the present government, and the social economic impact it will create in the area, the people of Umutu, and Ukwuani Local Government is happy with the governor for the completion of the skill Acquisition Centre, which started some years, under previous administrations.

“The People of Umutu and the entire Ukwuani should come out to welcome His Excellency, Senator Ifeanyi Okowa as he commissions this project. He facilitated the completion of the project, in line with skill acquisition for the youths of the state”. He said.

Hon Ochor emphasized that the commission is keeping to the policy of the present board, of complete and commission, and that was the reason serious focus was giving to the project.

While, welcoming the governor to the area, he stated that as part of its continuous development plans for the mandate areas, the commission has taking over some projects in the LGA that has direct impact on the economic life of the people.

“The Umutu Skill Acquisition Centre, is just one of the projects in the area that the commission has undertook, we also have the Ekpemili Primary School, Obi–Ogene, Ebedei, the Section B of the Obiaruku Main Market, Deflooding Project, the Umutu Main Market and many others the commission is carrying out, in form of renovation, and completion, in keeping with the mandate of the commission, and in line with the SMART Agenda of His Excellency”.

In a recent interview, Hon Ochor stated that the Umutu Skill Acquisition Centre was initiated by the administration of Chief James Ibori, where about 80 percent of the job was done, but was taking over from the State Ministry of Youths and Sports by the commission through the instruction of the state governor.