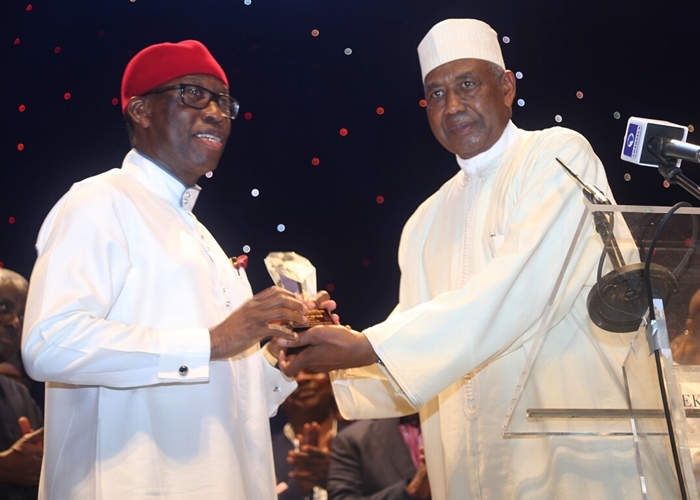 …Says it Will Propel Him to Do More For Deltans.

Congratulating the governor, the Executive Director, said Governor Okowa deserve the award, especially as he had been able to manage the economic and security situation of the state, as the precarious situation of the state due to low flow of revenue, distorted the plans he initially had to fast track development, which affected Deltans.

“The way and manner he had managed the economy and security situation of the state, had been wonderful, despite the low revenue flow of cash to the state on assumption of office.” He said.

“With this award from a well read medium like the Independent Newspaper, it shows that all his efforts to move the state forward were being noticed.”

Hon Ochor Called on Deltans not to relent in their prayers, as the governor and his team needs it to achieve their electioneering promises of Prosperity for All Deltans”, which is been pursued under the SMART agenda of the government.

He said that with the recognition, the governor will be propelled to pursue more development agenda for the state, in the area of infrastructure, human capital, health, education, women and youth empowerments, security which will liberate the people from hunger, poverty, and any other areas that will promote their well being, as he said that DESOPADEC in its policy, is seeing that the SMART Agenda of the Okowa’s government is implemented within the mandate area of the commission.

“DESOPADEC has in its policy implementation, executed projects that promotes the well being of Deltans within the mandate area, as can be seeing in projects like skill acquisition centres, markets, school constructions and renovations, youth and women empowerments”