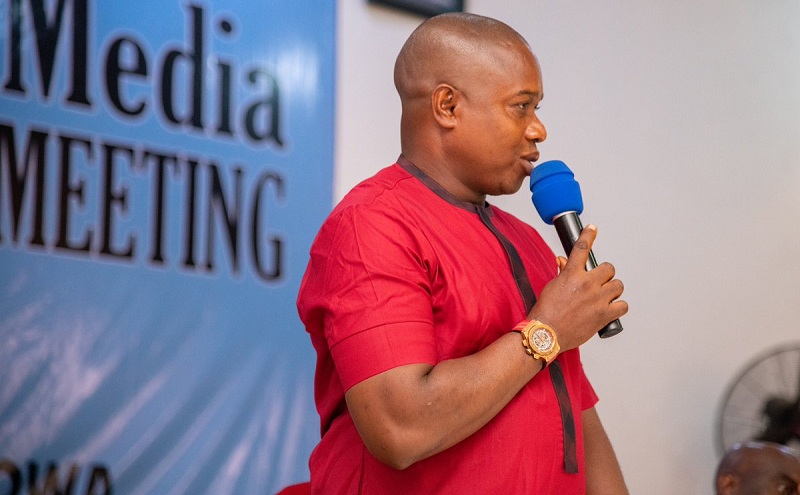 COMMUNIQUE ISSUED AT THE END OF THE CONGRESS OF NUJ, DELTA STATE COUNCIL HELD ON THURSDAY JUNE 24, 2021 IN ASABA

The union at it’s Congress held at the Temporary Secretariat, deliberated on sundry issues affecting the general wellbeing of the union and the state and resolved as follows:

1. INSECURITY: In view of the recent threats of attacks issued by suspected Fulani Jihadists, the union called on the state government and security agencies to beef up security in public places, especially schools, police facilities and media houses, which have become soft targets for such attacks in the state and other parts of the country. The union thereby advised residents to be security conscious.

2. The Union further condemned the recent attacks on police stations and killing of policemen in Delta State, warning that should the trend continues, it will pose serious danger to innocent lives and property in the state.

4. NEWLY CREATED UNIVERSITIES: The union frowned at the proposed public private partnership being recommended by the Prof. Patrick Muoboghare-led management committee for the running of the newly created universities, as this would discourage easy access to university education by qualified Deltans, thereby defeating the main purpose of establishing the universities in Anwai, Agbor and Ozoro. Also, adopting a PPP model might lead to job loss for existing academic and non-academic staff, thereby increasing the alarming rate of unemployment in the state.

5. HEALTH: The Congress condemns the unprofessional conduct of health workers particularly nurses and doctors towards patients in public hospitals across the state. A situation where doctors and nurses are hostile in attending to patients, and engage in sharp practices in various pharmacies/dispenseries within the hospitals. It therefore called on the state government to beam it’s search light on the hospitals with a view to putting an end to these sharp practices.

6. CULTISM: The union expresses worries over the rising wave of cultism particularly in secondary schools across the state. It also notes with disdain the attitude of some teachers who encourage the sales of hard drugs in secondary schools which gives impetus for CULTISM to thrive in the society. The union therefore adviced parents and guardians to monitor their children and wards.

7. UNCOMPLETED PROJECTS: Congress while commending the Governor Ifeanyi Okowa-led administration for the ongoing construction of the NUJ press centre and the recent commissioning of people oriented projects across the state, draws the attention of the government to the litany of uncompleted projects such as Ayakoromo Bridge project, Omadino-Ughoton-Adagbrasa road project, among others. The Union appeals for speedy completion of these projects across the state to enable him finish strong.

8. The Union called on the Delta state government to install traffic lights at strategic junctions and roundabouts in major cities and towns in the state to ease traffic gridlock and make functional some of the traffic lights that are faulty. also called on the government to deploy DESTMA officials to PTI junction, Jakpa junction and Effurun roundabout all in Warri and Uvwie to ease traffic grid lock.

9. STATE MEDIA HOUSES: The Congress also called on the state government to upgrade facilities at the state owned media houses (DBS, Asaba; DBS, Warri; and Pointer Newspaper) with a view to improving on the quality of services in line with acceptable international standard.