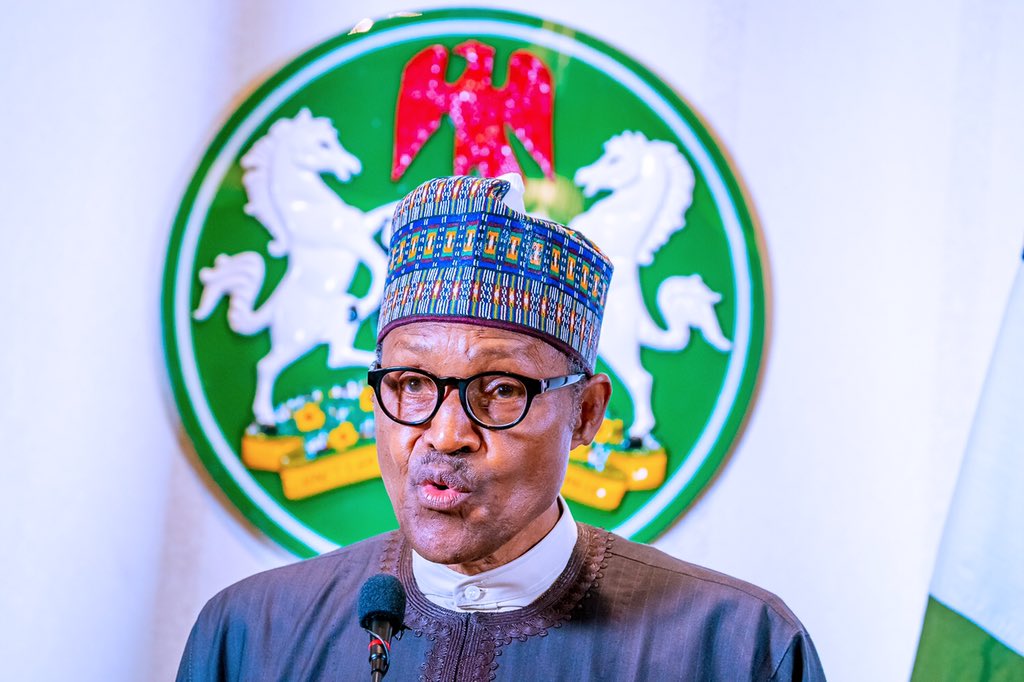 President Muhammadu Buhari has debunked rumours of an extension bid for a third term of his presidency declaring, “I will leave on 29, May, 2023”.

This was contained in a press release issued on Friday, October 29, 2021 and signed by a Senior Special Assistant to the President on Media and Publicity, Mr Garba Shehu.

The reaction by President Buhari on his purported third term bid, was made at a meeting of select Nigerians in Saudi Arabia where he warned tenure extension campaigners to desist as he had sworn to an Oath.

The statement as published on the Official Aso Rock Villa’s Facebook Page, read below.

“I swore by the Holy Qur’an that I will serve in accordance with the constitution and leave when my time is up. No “Tazarce’’ (tenure extension). I don’t want anybody to start talking about and campaigning for unconstitutional extension. I will not accept that.”

So declared President Muhammadu Buhari at a meeting in Makkah with a select group of Nigerians resident in the Kingdom of Saudi Arabia where he just ended a visit.

President Buhari also tacitly expressed support to efforts to increase the role of technology in the nation’s elections, arguing that the introduction of the card reader and electronic register was God’s answer to his prayers, having been cheated of his victory in three previous elections.

“After the third so-called defeat, I said, ‘God Dey’. My opponents laughed at me but God answered my prayers by bringing in technology. At that point, nobody can steal their votes or buy them,” the President added.

President Buhari, who ended his visit to the Kingdom with the Friday Prayers at the Grand Mosque in Makkah said he will continue to abide by the constitution in all its ramifications and he will at all times supervise and deal with his ministers on same basis.

He gave assurances at the meeting that in the balance of “eighteen months or so of my time left, whatever I can do to improve the life of Nigerians, I will do it for the country.”

The President commended diaspora Nigerians in the Kingdom for representing the country well and projecting its good image.

He also used the opportunity to urge citizens at home to be fair to his administration at all times, asking the critics to compare the security situations in the North East and South South in 2015 and how things have improved as at now.

“My problem is the North West where people are killing and stealing from one another. I had to be very hard on them and I will continue to be very hard until we put them in line and bring back order,” he said.

President Buhari urged Nigerians living in the country to respect the laws, remain law-abiding and do nothing to derogate from the many years of friendly and mutually beneficial relationships between the two countries.

A leader of the community, Dr. Abdulkadir Maikudi, who spoke on behalf of the group requested the President to assist the privately-run Nigerian International School in the Kingdom by equipping it to provide science and technical education.

The Nigerian Ambassador to Saudi Arabia, Yahaya Lawal and the Consul-General in Jeddah, Ambassador Abdulkarim Mansur attested to the good conduct of the nearly 1.5 million Nigerians there.

According to them, “Nigerian professionals are doing well and projecting a good image of our country.”