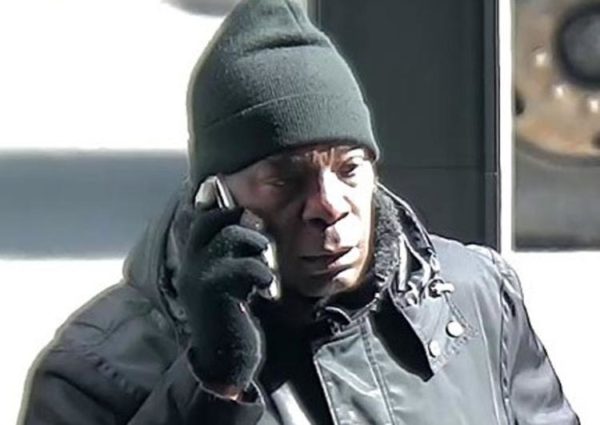 Abdullahi Shuaibu, a journalist and former staff of the News Agency of Nigeria has been arrested for robbing four US Manhattan banks during his lunch hour.

The New York Police Department described Shuaibu, 53, as an employee of the United Nations is being charged with robbery and attempted robbery for the crimes committed during his two-month spree.

All four banks are within walking distance of UN headquarters on First Ave. near E. 42nd St., where the Nigerian worked.

Authorities were led to the suspect after a retired police officer who works at the UN recognised him from a surveillance image previously released by the police.

In the first incident, Shuaibu walked into a Santander Bank on Madison Ave. near E. 43rd St. on Feb. 27 and told the teller he had a gun. The bank employee complied and handed him an unknown sum of money.

He hit two more banks in March, first striking out at a Bank of America on Third Ave. near E. 47th St. on the 13th.

He was also successful in robbing a Santander Bank on Third Ave. and E. 63rd St. on the 27th.

During the most recent incident on Monday, Shuaibu walked into an HSBC on Third Ave. and E. 40th St. around 2:30 p.m. and passed a note demanding cash to the teller.

The teller did not read the note and asked him for identification.

He, however, instructed the teller to read the note, keeping his hand in his jacket pocket while simulating a gun, police said.

Police arrested him later in the day when he returned to the UN.

Shuaibu was an employee of the News Agency of Nigeria and served as its UN correspondent between 2006 and 2009.

The agency, however, terminated his appointment in April 2013 following his refusal to resume work in Nigeria at the expiration of duty tour and extended period which he requested to enable him complete an academic programme.

The termination of appointment was formally conveyed to the UN.

A UN spokesman Stephane Dujarric denied that Shuaibu was a staff of the organisation.

He told NAN in New York that the suspect was also not accredited to the UN after NAN withdrew his accreditation.

Dujarric also said that the suspect only worked as a contract staff for three months in Darfur and his contract was terminated in 2013.

“Until 2010, he was a resident correspondent representing the News Agency of Nigeria.

“He did work very briefly for the UN in October and November of 2013 but has never worked for the United Nations since.”
However,  Shuaibu on his LinkedIn page, describes himself as a “communications specialist at United Nations”.

The Consul General of the Nigerian Consulate in New York, Mohammed Bello, told the Correspondent of the News Agency of Nigeria that the Consulate has yet to receive such report.

Shuaibu attended Ahmadu Bello University between 1980 and 1985, where he studied International Relations.