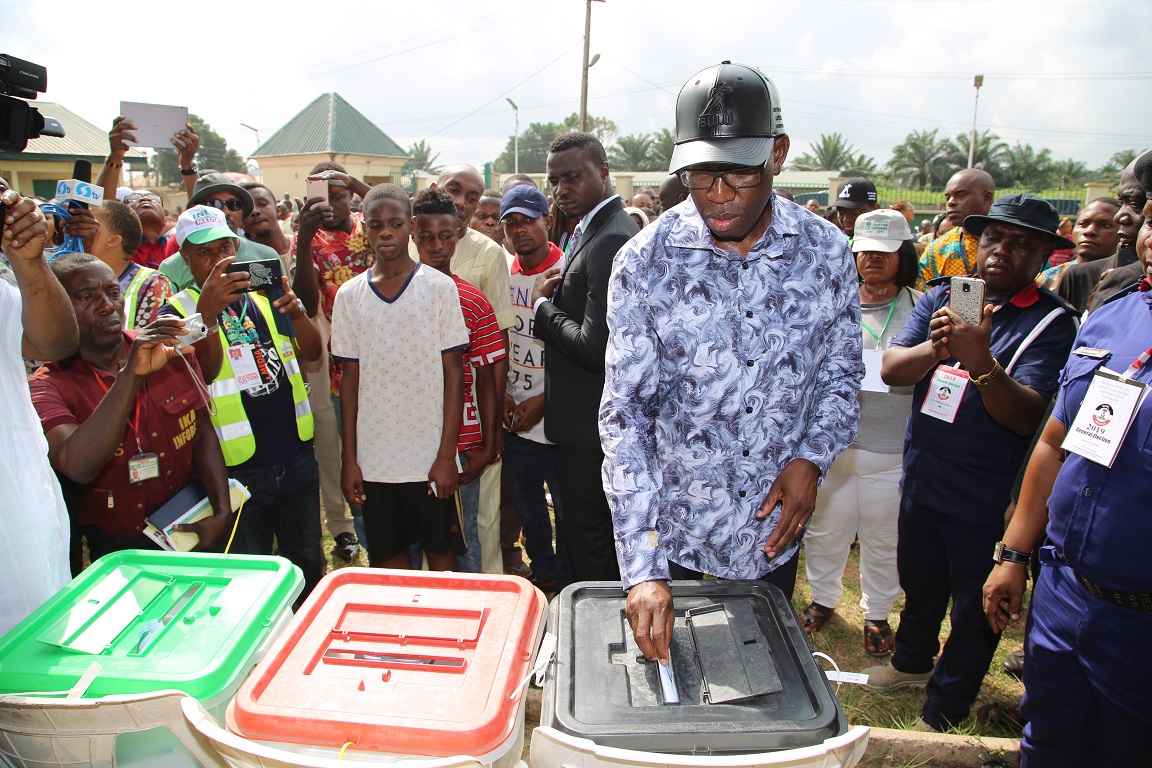 Governor Okowa who spoke with newsmen shortly after casting his votes at the voting centre with his wife, Dame Edith at Omi Primary School, observed, “things are going well and from the reports I have received, we are having positive calls from different parts of the state apart from some hiccups that can be handled.”

According to the governor, “we have received a lot of calls that the card readers are not working in some units, including one of the units in my Ward but, the officials of Independent National Electoral Commission (INEC) are working to check the situation.”

“Everywhere is calm and we hope that our people throughout the state will continue to remain patient and report any electoral challenges to the INEC officials,” he said, observing that the reports from Oshimili South local government indicates that security operatives were not allow free movement of people which was likely to disenfranchise some persons if not relaxed.

He stated, “security should be relaxed a little in Oshimili South local government, especially in Asaba  so that people who have their voters cards should be allowed to cast their votes.”

Governor Okowa also, urged the security operatives to be vigilant and should not take the peaceful situation across the state for granted, reiterating, “security operatives should be at alert and be vigilant until the results are announced, until the elections are over because, we want the peaceful atmosphere we are recording across the state to be sustained.