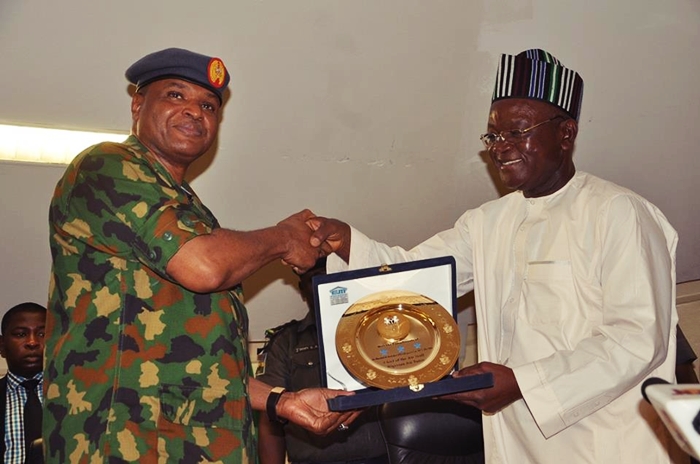 The Chief of Air Staff (CAS), Air Marshal Sadique Abubakar has announced that the Nigerian Air Force (NAF), Air War College (AWC) in Makurdi will no longer be relocated to Abuja.

Air Marshal Sadique disclosed this on Tuesday April 4, 2017, during a courtesy visit to the Governor of Benue State, Chief Samuel Ortom at the Government House in Makurdi.

According to him, the Nigerian Air Force (NAF) will continue to support the Government of Benue State in the area of security while Makurdi will remain the permanent location of the College.

It will be recalled that the AWC was inaugurated on 18 November 2016 in line with the CAS vision to reposition NAF into a highly professional and disciplined force through capacity building initiatives for efficient, effective and timely employment of air power in response to Nigeria’s security imperatives.

Following the administrative orders establishing the College, students became apprehensive that the College was going to be moved to Abuja. The clarification therefore reassured the people that the NAF would continue to improve the facilities in the College and its environment. Governor Ortom commended the contributions of the NAF in the on-going fight against Boko Haram terrorists in the North East noting that NAF air intervention in the North East saved the country from possible takeover of communities by the terrorists.

The Governor appreciated the leadership commitment of President Muhammadu Buhari for providing all necessary support to the Air Force and in deed the Armed Forces to enable them win the war against terrorists and other criminalities in the country.

He thanked the NAF for making some of its facilities available to the people of Benue State and noted that “the NAF is adding significant value to the State in the areas of education and security”.

The CAS was in Makurdi to inspect ongoing projects at NAF Base.