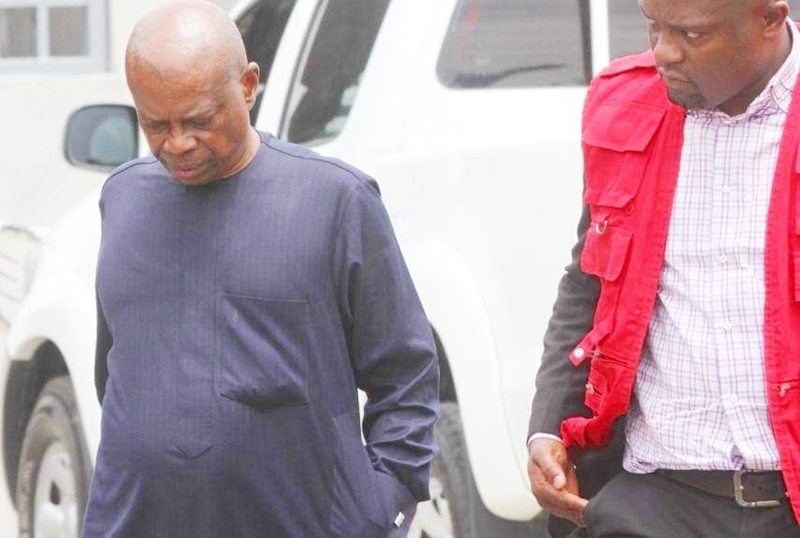 The Economic and Financial Crimes Commission, EFCC, on Thursday, October 3, 2019, secured the conviction and sentencing of a former Permanent Secretary in the Federal Ministry of Labour and Productivity, Clement Onubuogu Illoh, to five years imprisonment for a N14.1 million fraud before Justice Oluwatoyin Taiwo of the Special Offences Court sitting in Ikeja, Lagos.

The convict was arraigned on October 16, 2017 on a three-count charge bordering on stealing by conversion of property, conversion and concealment to the tune N14.1 million.

Illoh, who was responsible for supervising numerous programmes such as the Subsidy Reinvestment and Empowerment Programme (SURE-P), allegedly awarded fictitious contracts to himself, using his personal company and friends.

One of the counts reads: “ That you, Clement Illoh, a.k.a Clement & Bob Associate, on or about 28th January, 2015 at Lagos, within the jurisdiction of this Honourable Court whilst still a Permanent Secretary, Federal Ministry of Labour and Employment, dishonestly converted to your own use the sum of N14, 176, 000.00 from the Nigerian Maritime Administration and Safety Agency (NIMASA).”

He pleaded not guilty to the charge preferred against him, thereby setting the stage for his trial.

The prosecution had, on March 7, 2018, closed its case against the defendant, following the cross-examination of the fourth prosecution witness, Theresa Braimoh, a retired Director in Productivity, Measurement and Labour Standard .

Counsel to the defendant, Bolaji Ayorinde, SAN, had, however, urged the court to strike out the case on the grounds that the prosecution could not establish a prima facie case against his client.

In his response, the prosecution counsel, Rotimi Oyedepo, had told the court that the prayer of the defence amounted to contesting the obvious.

“The evidences of the four prosecution witnesses and the legally admissible evidences marked and admitted as exhibits A to F are enough to link the defendant to the charges preferred against him by the EFCC,” Oyedepo had argued.

Oyedepo had further told the court that the defendant transferred public funds to the tune of N14, 176,000.00 from NIMASA to his company, Clement& Bob Associate’s account for personal use, instead of retiring the money to NIMASA.

Oyedepo said: “In the extra- judicial statement made by the defendant, he admitted that he is the owner and signatory to the account of Clement & Bob Associate and that the company does not have any contract or business transaction with NIMASA.”

Delivering her judgment today, Justice Taiwo held that the prosecution had proved its case beyond reasonable doubt.

The Judge held that “The defendant’s action is in gross violation of the financial regulation and it shows that the defendant failed to abide by the laid down procedures.”

Consequently, Justice Taiwo convicted him on counts one and two and sentenced him to five years imprisonment on both counts without an option of fine.

The Judge, however, discharged the convict on count three “due to fact that the convict did not conceal stolen funds.”

Justice Taiwo also ordered that the convict make a restitution of the sum of N3.5 million he withdrew in cash and that sum of N3.5 million recovered from him by the Commission during investigation be paid into the Consolidated Revenue Fund of the Federation.