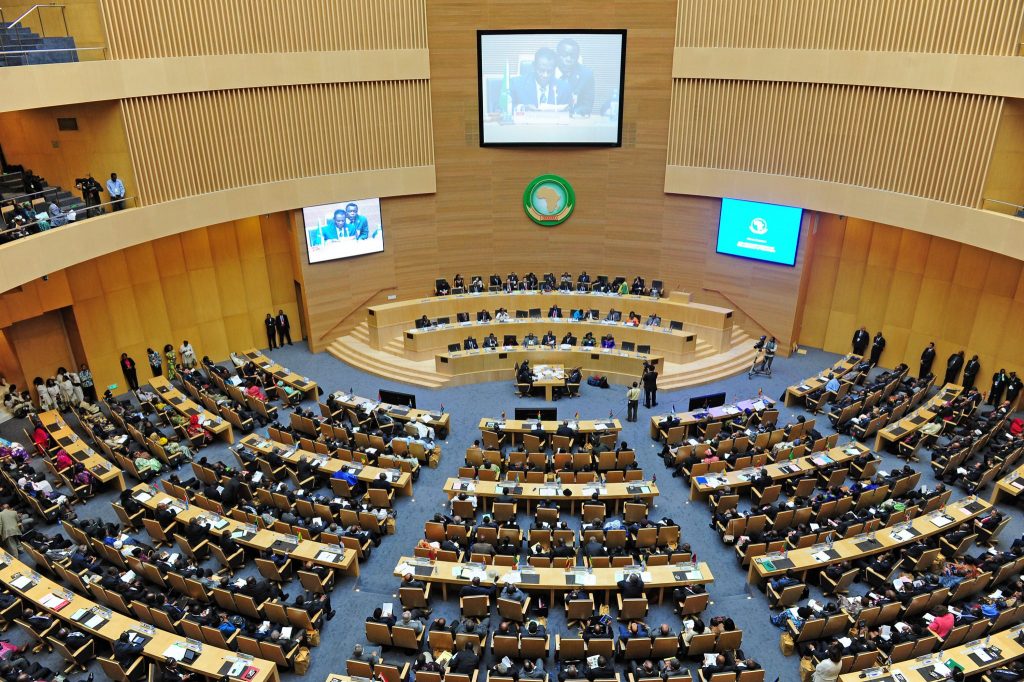 The African Union has agreed to readmit Morocco 33 years after it quit the bloc, following a difficult debate over the status of Western Sahara, according to presidents attending the summit.

“Morocco is now a full member of the African Union. There was a very long debate but 39 of our 54 states approved the return of Morocco, even if the Western Sahara question remains,” Senegalese President Macky Sall told journalists.

“As we have said, if the family grows bigger, we can find solutions as a family,” he added.

Liberia’s President Ellen Johnson Sirleaf confirmed that “the majority of the member states have accepted Morocco’s application to rejoin the African Union.”

“Africa wants to speak in one voice. We need all African countries to be a part of that voice.”

Delegates attending the debate described an emotional and tense discussion, with heavyweights like Algeria and South Africa against the re-admission of Morocco.

These nations have long supported the campaign for self-determination by Western Sahara’s Polisario movement.

Morocco maintains that the former Spanish colony under its control is an integral part of the kingdom, while the Polisario Front, which campaigns for the territory’s independence, demands a referendum on self-determination.

Some nations find it unthinkable that Morocco should sit in the same room as Western Sahara and the debate has been “an emotional call for the fight against colonisation,” according to Institute for Security Studies analyst Liesl Louw-Vaudran.

The AU seems to have decided to leave the resolution of the Western Sahara question for another day, hoping that with Morocco back in the fold they can better advance the dossier.

“I think that one we’re going to leave that until we have more chance to discuss it,” said Johnson-Sirleaf.

Mr. Mahamat beat four others in the contest at a session of the 28th African Union Summit in the Ethiopian capital Addis Ababa.

“The Chairman was elected in the fourth round,” said former Burundian President Pierre Buyoya.

“We pledge to work with him to defend the pan-African agenda of integration for Africa, as well as democracy, sovereignty and prosperity for all of its people,” a statement from the Kenya Presidency said.

Mahamat was until his election the Foreign Minister of Chad, a position he has held since April 2008.

He served as Prime Minister between June 2003 and February 2004 and stepped down amidst a civil service strike.

Other portfolios he has held include Minister of Public Works and Transport in 2002.

The new AU Commission Chairman attended university in Congo-Brazzaville where he studied public law. He went on exile after Hissen Habre took power in 1982 and returned from exile when Idris Deby Itno took power in 1991.

He was born in the country’s eastern town of Biltine and belongs to the same ethnic group as President Deby – the Zaghawa. He served as campaign manager for Idris Deby during the 2001 presidential elections.

He is fluent in three international languages, English, French and Arabic and is married and has five children.

The African Union Commission (AUC) serves as the executive/administrative branch or secretariat of the AU (cast in the mould of the European Commission). It is headed by the Chairperson with the help of a number of Commissioners dealing with different areas of policy.

The Commission has its headquarters in the Ethiopian capital, Addis Ababa. It is a different entity from the African Commission on Human and Peoples’ Rights, (based in Banjul, The Gambia), which is a separate body that reports to the African Union.