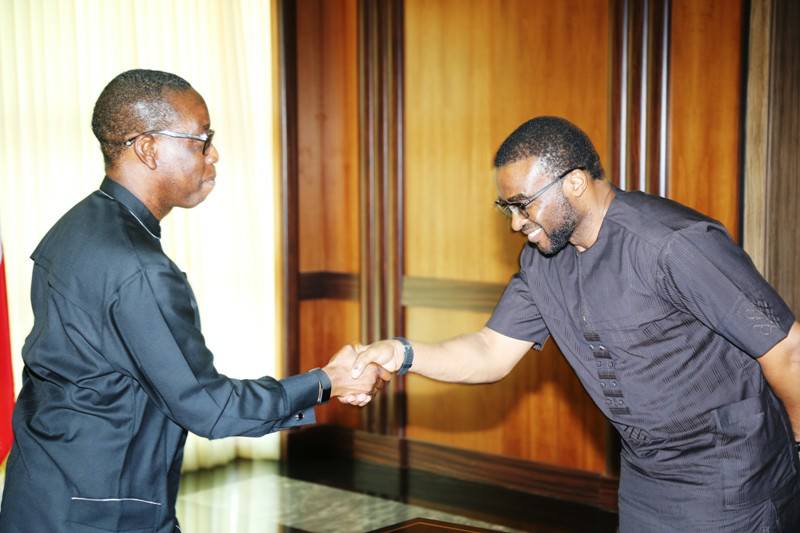 Delta State Governor, Senator Dr Ifeanyi Okowa has inaugurated a committee on the collection of ground rent with a view to streamline land administration.

According to Governor Okowa, “it has become necessary for the government to constitute a committee that will ensure timely resolution of all issues pertaining to ground rent administration in Delta State in our quest to streamline land administration for efficiency, proper documentation and value addition.”

The governor while inaugurating the committee which has the Commissioner for Finance, Olorogun David Edevbie as Chairman today (30/01/17) at Asaba, stated, “it is important that we realise that payment of ground rent is mandatory, without which perfection of a land document is not complete.”

“To consolidate the gains of the Electronic Land Management System, we have deemed it fit to constitute a committee to look into the issue with a view to ensuring that all land owners fulfill their obligations to the state government by paying ground rent,” the governor said
“The committee has the mandate to make the process as seamless and painless as possible and for a start, all residential land owners are to be assessed for only two years as against the six years required by law; this is to reduce the burden on an already burdened citizenry grappling with the pains of an economy in recession.” The Governor added.

Governor Okowa stressed that the committee “is to advise on policy formulation for ground rent management; implement collection of ground rent, including making claims on behalf of government and investigating counter claims by land title holders; have the authority to investigate and where possible, query title status of large assets occupiers.”

He reiterated that the committee’s terms of reference also include, “collate information on every land asset occupier in the state, whether titled or untitled; and take action on any and every other issue incidental to the foregoing terms of reference after clearing with relevant authorities.”

While disclosing that, with the launch of Fasttrack, an Electronic Land Management System that enables the state to issue Certificate of Occupancy within ninety days and at a reduced cost yielded results with the state government issuing more than 7, 000 C of O and consent under the scheme which was launched last year, the governor asserted, “it is important that I make it clear that the payment of ground rent is as old as land law in Nigeria; it is the rent paid under the terms of a lease by the owner of the land.”