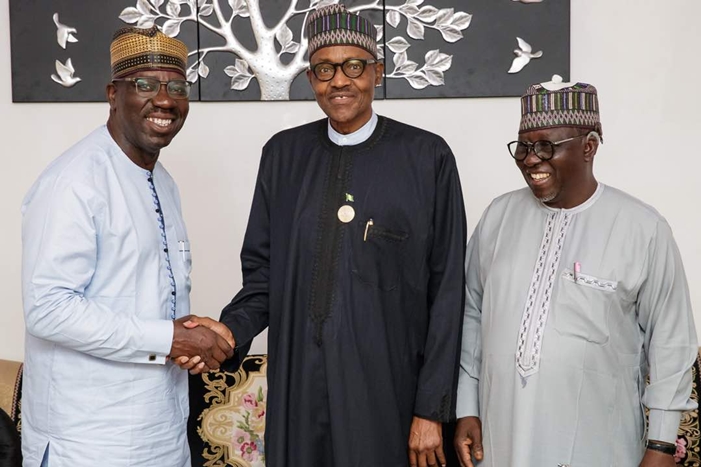 The Edo State Governor, Mr. Godwin Obaseki and the former Coordinating Minister of the Economy, Mrs. Ngozi Okonjo-Iweala, have made a strong case for Nigerians to support the effort of President Muhammadu Buhari to stamp out corruption from the country.

In separate interviews on the sideline of the just-concluded 31st Ordinary Session of the Assembly of Heads of Government of the African Union in Mauritania, with the theme: ‘Winning the Fight against Corruption, A Sustainable Path to Africa’s Transformation,’ Governor Obaseki and the former Minister of Finance urged Nigerians to back President Muhammadu Buhari’s anti-corruption fight for a prosperous Nigeria.

According to Obaseki, “the African continent has not given up hope on us because they see in our leader someone who has the willingness to tackle this problem, which we have as a country and so I urge Nigerians to understand that it is not a personal battle.”

He emphasised that the fight against corruption “should not be a solo effort. It is about us, as we have one more opportunity as a country to deal with this cancer, this cankerworm that has held us down.”

Okonjo-Iweala said: “We are here at the African Union because the AU is very concerned about corruption on the African continent. Obviously, the body has asked our President to lead the fight against corruption. What that means to me is that in Nigeria we also need to strengthen our effort, work very strongly to make sure that we set an example.

Edo State Governor, Mr. Godwin Obaseki and President Muhammadu Buhari at the 31st Ordinary Session of the Assembly of Heads of Government of the African Union (AU), held in Mauritania.

“I think all of us should be involved. I want to repeat that fighting corruption is a task for every Nigerian. I believe that majority of Nigerians are honest, hardworking people who just want to get on with their lives. So we must not allow the majority to be overtaken by the minority of people. We must fight them, we must put in place the systems and these should be done by all of us.”

However, Governor Obaseki enlisted the support of the AU in the state’s industrialisation drive, in a spirited effort to attract Foreign Direct Investment (FDI) to the state.

The governor, who was part of Nigeria’s delegation to the 31st Ordinary Session of the Assembly of Heads of State and Government AU, stressed the friendly investment climate in the state and the support structures put in place by the state government to promote and protect investments.

The governor brought his experience as an investment banker to bear in sessions on business as well as other discussions relating to doing business in Nigeria at the AU summit.