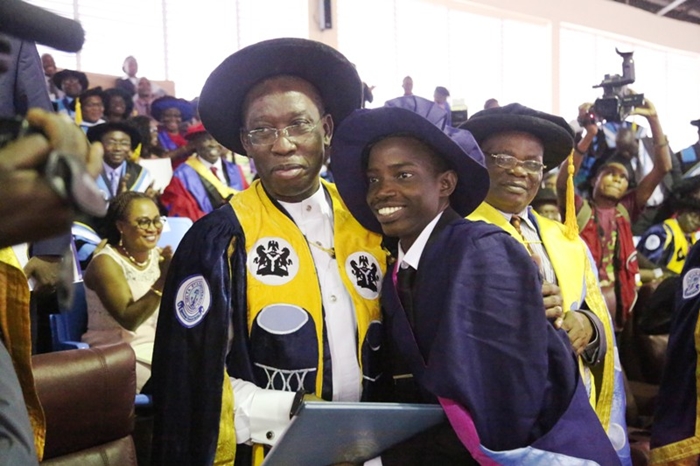 A graduate of the Department of Mass Communication from the Delta State University (DELSU), Mr. Joshua Erubami has been granted automatic employment by the State Governor, Dr. Ifeanyi Okowa.

Mr. Erubami who emerged as the best graduating student with CGPA of 4:85, was appointed as a graduate assistant lecturer in the Institution during the 11th convocation ceremony of the Delta State University, Abraka on Saturday, July 22, 2017.

While congratulating the graduands for successfully completing their programmes, Governor Okowa urged all stakeholders including the students to maintain an atmosphere of peace, honest dialogue, mutual cooperation and respect for constituted authorities in tertiary institutions.

The Governor immediately directed that the overall best graduating student, Mr. Joshua Erubami be given immediate employment as a graduate assistant in the institution and be encouraged to pursue his doctorate degree in the school.

Okowa commended the Governing Council, Management and Staff of the University for their commitment to building a reputable institution, assuring them of government’s support to transform the university into an elite institution that places a premium on excellence in teaching and learning.

The Pro-Chancellor and Chairman of Council, Delta State University, Professor Sam Oyovbaire said Council has recorded remarkable achievements in the area of staff and student discipline, prudence in handling revenue and expenditure as well as protection of properties.

For his part, the Vice Chancellor Delta State University Professor Victor Peretomode disclosed that a total of eight thousand, four hundred and ninety-one (8,491) students graduated in the 2015/2016 academic session with thirty-one students having first class.