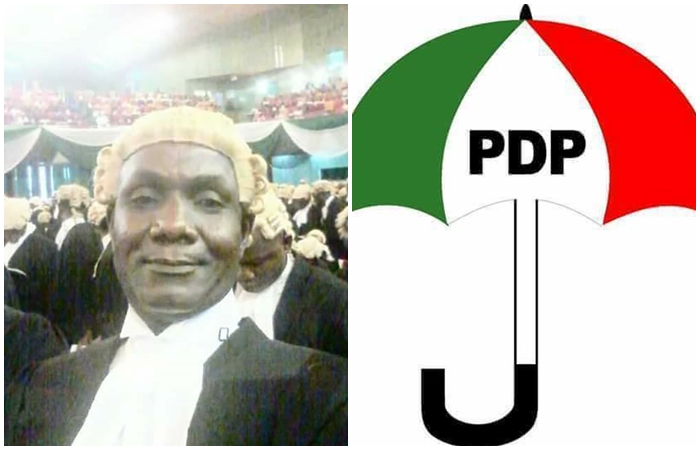 Deltans and indeed Nigerians were reliably informed of his move via his Facebook Post as pasted below.

TO WHOM IT MAY CONCERN

You will recall that I have been bedevilled by unnecessary internal squabbles from political defectors especially those who strongly believed that I was hired to do only “PRE-ELECTION PUBLICITY” for the party 2015 governorship candidate, Olorogun Otega Emerhor.

Of a truth, Olorogun Otega Emerhor hired me on terms and conditions and did paid my professional fees to handle his pre-election publicity, from December 19, 2014 to April 30, 2015.

However, I later registered online and at Ward 6, Kokori in Ethiope East, Delta State as a member of the All Progressives Congress (APC). Thereafter, I continue to serve the party, its 2015 governorship candidate and leaders through strategic media publicity.

Trouble ensued mid 2016 when some chieftains of the party insisted that I joined the party as a consultant and nothing more. What followed this sad incident cannot not be discussed in this letter. It attracted media scandal, blackmail, name caling and counter accusations.

Every attempt to reconcile the issues failed woefully as leaders and chieftains of the party were adamant, an indication that my consultancy contract had expired and nobody was prepared to endorse my stay in the party even though I had registered as a member.

For me, I am pained that the efforts I made in publicizing the party and 2015 governorship candidate was not appreciated and as such I felt it was time to quit to allow peace to reign and also to please those who are insisting that I only “worked for the party as a paid consultant and not a member of the party.”

The progress of Delta State and Nigeria is key. Therefore emphasis must shift from narrow interests to proper evaluation of political ideologies and leaderahip character that tend to portray or promote the collective interest of the good people of Delta State.

I thank you and the party 2015 governorship candidate for engaging my services as the party Media and Political Communication Consultant for a term which expired on April 30, 2015.

Assignment completed. All the big media hands must be brought on board the SMART agenda. This is the season of aligning state interest above personal interest.