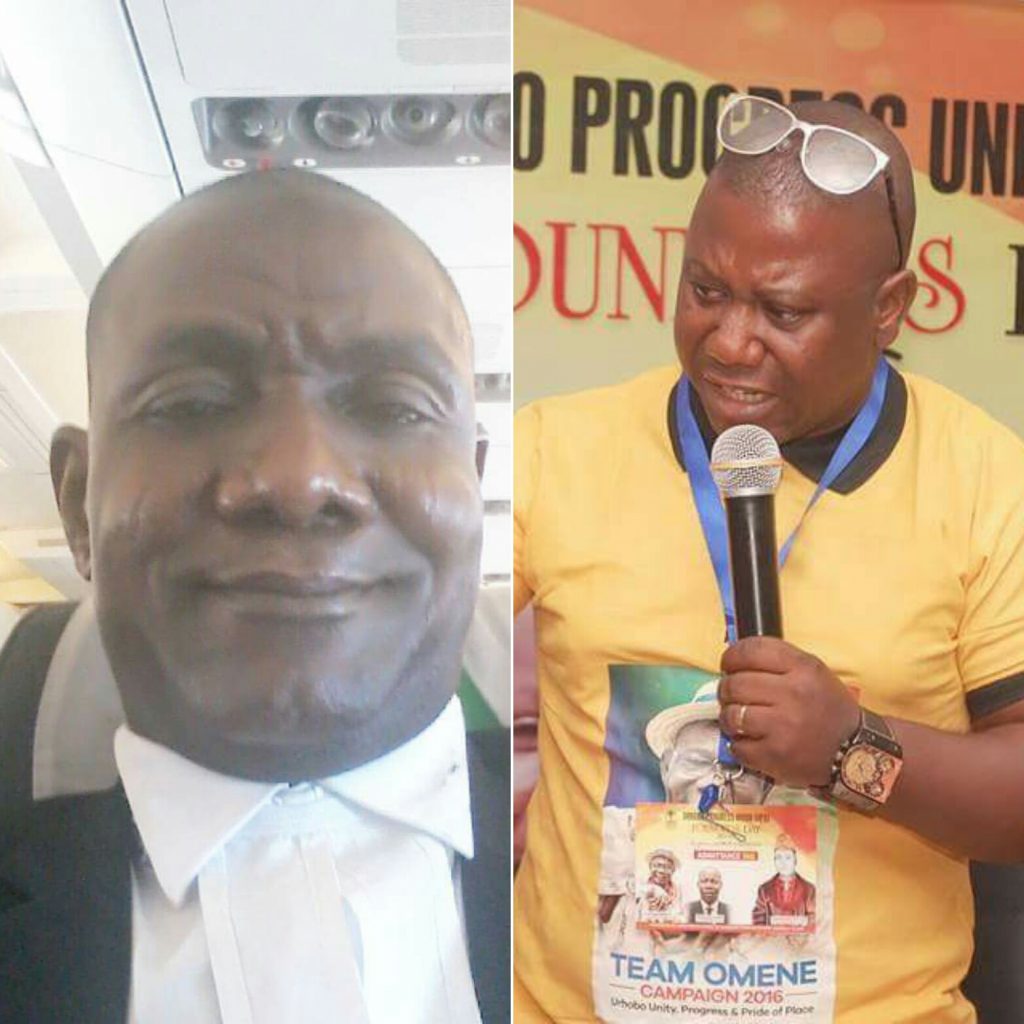 The election which will be coming up shortly has Olorogun Moses Tiaga and Incumbent Chief Joe Omene as top candidates for the position.

Barr. Oghenesivbe who is an All Progressive Congress (APC) faithful, has pitched his support for the candidacy of Moses Tiaga. According to his Facebook Posts in support of his candidate, it clearly reveals that He is interested in the regime change of the Pilot of UPU affairs.

The interest of the APC in the candidate of Olorogun Tiaga and quest to seize the exalted stool of the Urhobo Nation is vivid in the expression of Latimore.

In contrast, Activist Rex Anighoro who is a force to reckon with in the Youth Wing of the Urhobo Progress Union and an active member of the People’s Democratic Party (PDP), is suing for the support of all Urhobo sons and daughters for the re-election of Chief Joe Omene.

His argument is based on the fact that Chief Omene has been a uniting force and remains the best man for the Job. Rex has also cautioned against bringing in politics into the Urhobo Progress Union fold as it will only lead to division and derange the Urhobo Nation.

Deltans are observing and really interested in this election. It is assumed that if Tiaga succeeds incumbent Omene, (who has been fingered as a Judas in the Agenda of the Urhobo Nation by some quarters) the chances of the state opposition party (APC) in clinching the Governorship Victory at the 2019 Polls, might be assured.

However, there are other candidates like Charles Majoroh, Victor Otomievwo and others whom should be considered for the job.

NB: This article is not meant does not reflect the decision of Asaba Metro. It is an article received from one of our readers. You can also send in your views on this issue to info@asabametro.com or simply drop a comment at the end of this post.