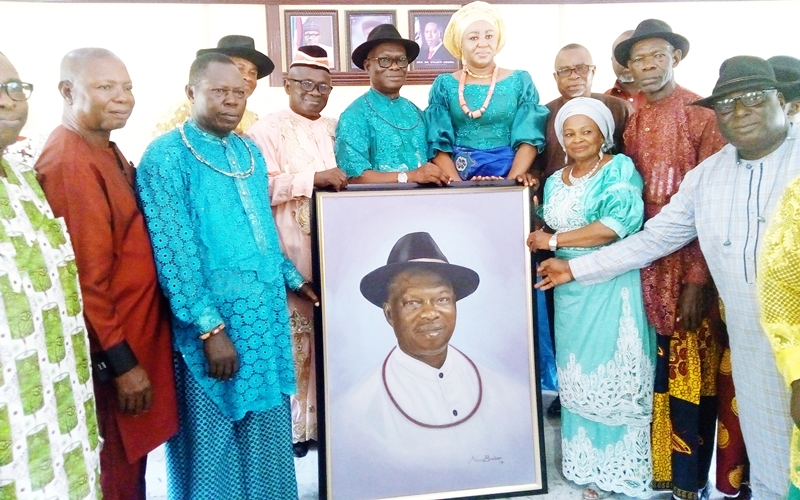 … As you Pray For Me, Pray For Okowa – Macaulay

The fanfare was also to applaud Macaulay’s achievements in the humanitarian sector.

Macaulay in his address, urged Isoko leaders to shelve disunity in order to fight the common problem of under development affecting Isoko nation.

He commended the group for their effort in organising a project of that calibre even as he urged them to pray for the State Governor, Senator Ifeanyi Okowa as they pray for himself.

“The unity of Isoko remains sacrosanct. Let’s shelve our differences and be more coherent in our approach. Let’s push our leaders up. If we are more united, we will get more out of government. We have a common problem which is under development. Let’s unite to fight that problem.” He added.

Earlier, leaders of Owhelogbo Patriot, Comrade Elvis Ovie and Chief Ovie Oghorle, described Macaulay as a restless character whose only focus is on development of Isoko Nation.

They prayed God to continue to bless him with wisdom to lead the people right.

Earlier, through good will messages, Chief Julius Takeme, Hon. Mathias Eto, Chief Sunny Onoriode, Engr. James Ighota and a host of others stated that there was no better way to express gratitude than an event of that calibre.

They advocated for the continuous support of the people to enable leaders effect the development they desire.