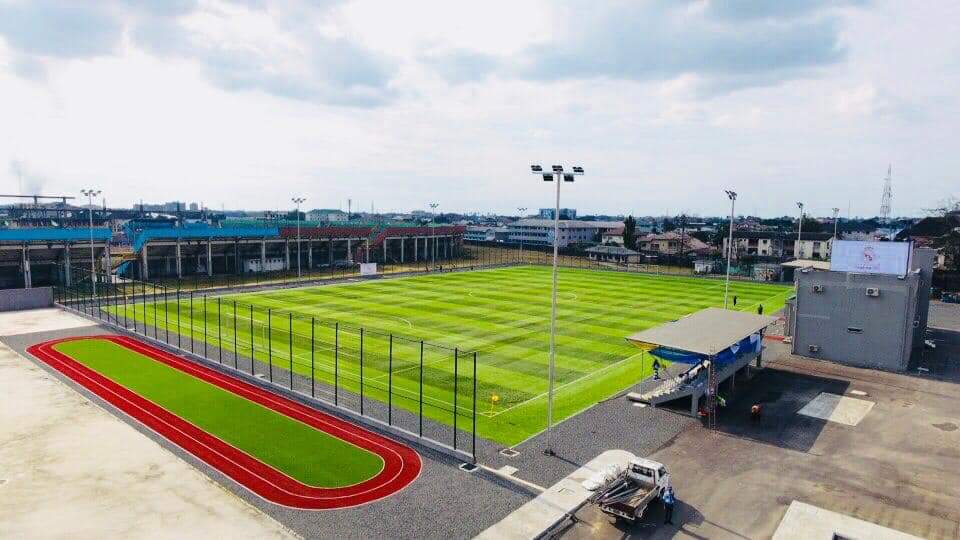 Commissioning the Real Madrid Academy, Oyo State Governor, Seyi Makinde said that the Academy will groom the next generation of stars.

He said: “This project will allow the early discovery and harnessing of Football talents in Rivers State.

“There has always been great football talents from Rivers State. Great players like Taribo West, George Finidi and Joseph Yobo. This project will create more stars”

He said sports is one of the great unifying factors in Nigeria. He said by developing the Real Madrid Academy, Governor Wike is promoting National Unity.

He commended the Rivers State Governor for his commitment to the development of Rivers State. He said as a person who lived in Port Harcourt, he knows the high level of infrastructural development the state has witnessed under Governor Wike .

In his address, Rivers State Governor, Nyesom Ezenwo Wike said the unveiling of the Real Madrid Academy is one of the happiest days of his life as it marks the beginning of a new football era.

“Today is one of the happiest days of my life. Today, our dream has come to fruition by the help of God”, he said.

He said that the State Government has resolved to construct a school and hostel in addition to the present facilities at the academy.

“The money used to execute this project is from Rivers State. Therefore, Rivers money is for Rivers people . Seventy percent of the students will be indigenes of Rivers State. The remaining 30 percent will be from other states.

“All Rivers indigenes to be trained in the Academy will school here free of charge”, he said.

He said Rivers people deserve the best, hence his administration is committed to initiating and executing quality projects for the people.

Area Manager of Real Madrid Foundation for Africa and Middle East, Mr Inigo Vallejo assured the Rivers State Government that the Club will continue to support the sustained development of the Academy.

He said after series of engagement with Governor Wike on the Academy, the club keyed into it and would help drive the project.

While thanking the Rivers State Governor for his commitment to football development, he stated that Real Madrid Football Club will provide the necessary technical support to develop the Academy.

Secretary to the Rivers State Government, Dr Tammy Danagogo stated that Governor Wike has made outstanding contributions to sports development merits his title, Power of Sports in Africa.

In a project description, Permanent Secretary, Rivers State Ministry of Sports , James Enebeli marks the opening of a new chapter in football development.

Highpoint of the Commissioning Programme was an exhibition match between Banham Model Primary School, Port Harcourt, winners of Channels Television Kids Cup and an Under Selected Side. The match ended 1-1.