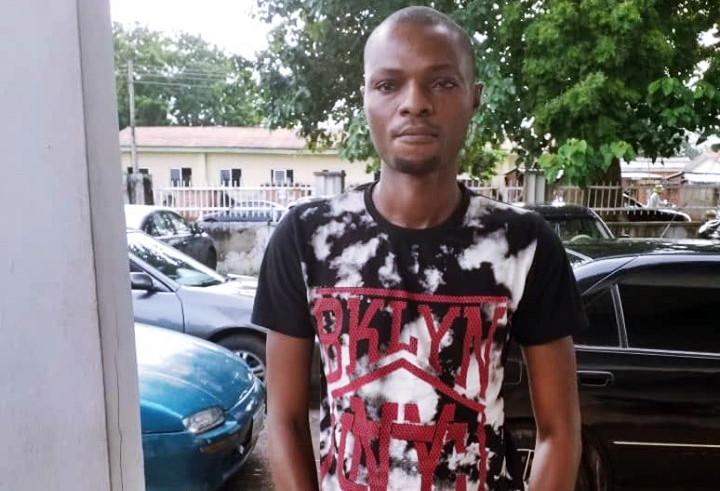 Odanye had on Wednesday pleaded guilty to the one count charge preferred against him by the EFCC.

The Charge reads, “That you, Stephen Olarewaju Odanye (a.k.a Raymond Sullivan) sometime in September 2019 or thereabout at Ilorin, Kwara State within the jurisdiction of this honourable Court attempted to commit an offence of cheating by pretending and presenting yourself to to one Lynn Smith, to be a white man, supplier of Engineering and Construction equipment, living in Washington as it is contained in your email gmail account: raysulivan@yahoo.com and thereby committed an offence contrary to section 95 and 321 of the penal code law and punishable under section 322 of the same act”

Giving his Judgment on Thursday, Justice Abdulgafar said, “The defendant was arraigned on one count charge of attempt to commit an offence of cheating by pretending and representing one Lynn Smith, an offence contrary to Section 95 of the Penal Code law”

“The prosecution called one witness, Olamide Sadiq, an operative of the Economic and Financial Crimes Commission who narrated to this honourable court, how the defendant was arrested and items recovered from his laptop Computer”

The Judge said the prosecution was able to prove its case beyond reasonable doubt as the evidence of the sole witness was not challenged.

“I find you, Stephen Olarewaju Odanye, guilty of one count charge of attempt to cheat by impersonation and hereby sentenced you to a six month imprisonment without an option of fine “

Justice Abdulgafar further directed that the convict’s Laptop and mobile phones should be forfeited to the Federal Government of Nigeria.

In another development, Operatives of the Kano Zonal office of EFCC, on Sunday September 22, 2019 raided the residence of suspected yahoo-yahoo fraudsters and arrested six of them at at No. 282 HC Hotoro North Quarters, Kano.

The raid followed intelligence gathering and surveillance on activities of occupants of the building.

In the course of the arrest, some of the items recovered include 11 mobile phones and a Mercedes C300 vehicle.